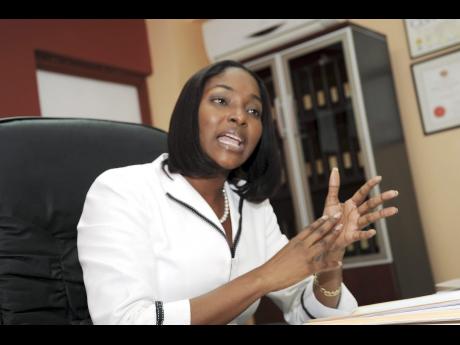 Auditor General Pamela Monroe Ellis has issued a report suggesting that the Ministry of Finance and Public Service may have frustrated her office's efforts to assess the process to divestment of the Kingston Container Terminal (KCT).

The Finance and Administration and Audit Act (Fiscal Responsibility Framework) makes it an obligation for the auditor general to certify that a PPP involves only minimum contingent liability and, therefore, limited risks.

Monroe Ellis said that in a January 21 response to her request for details about the financing arrangement, the ministry said that the completion of those arrangements had been extended to March 31. In February, the ministry advised further that it had no assessments of contingent liabilities regarding the KCT project and that none was in effect.

However, later developments have left the auditor general "concerned".

"I am concerned regarding the basis for the ministry's assertions given that the ministry indicated it received the relevant documents on October 21, 2016, quite some time after the financing arrangements were finalised on June 30, 2016," she said in a report that examined components of the Government's interim report on the 2016-2017 fiscal policy paper.

Added Monroe Ellis: "This suggests deficiencies in the process given that such documents would be fundamental to the conduct of an assessment of contingent liability or other fiscal risks in respect of any PPP arrangement.

"The requested documents were provided to the auditor general on November 10, 2016, after the submission of this draft report to the ministry for review and response," Monroe Ellis continued.

The interim report was tabled in the House of Representatives on September 28, while the auditor general's assessment was tabled on Tuesday.

Kingston Freeport Terminal Limited is a local company established by the Terminal Link/CMA CGM Consortium for the sole purpose of acting as the Signatory to the KCT Concession.

The process was completed in June after the concessionaire secured financing of US$265 million for phase one of the divestment.

Monroe Ellis noted in her report that the finance ministry did not provide a public entity suitable for assessment in accordance with fiscal responsibility regulations.

The regulations require that the finance minister, no later than August 31 this year, and August 31 every three years after, provide a list of public bodies to be assessed for compliance with fiscal requirements.

The ministry suggested an entity in a September 13 letter, Monroe Ellis said. "However, our preliminary review of the entity revealed several shortcomings which would have disqualified the entity. Following a review of our concerns, the ministry withdrew its recommendation and did not provide another entity for consideration."

Monroe Ellis has recommended that the ministry should ensure that critical information is provided to her office "on a timely basis".

Financial Secretary Everton McFarlane did not give an explanation for the findings of the auditor general but said that there would be a "serious" look at the recommendations.

"She has made recommendations for improving the governance of the public finances and, in particular, how we can assist in ensuring that the auditor general carries out her functions properly. We will look at the recommendations seriously, and we will make the necessary changes to ensure that we fix the problems."