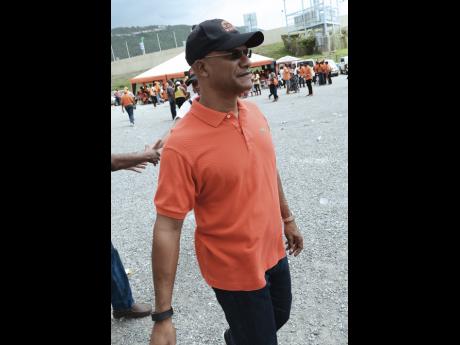 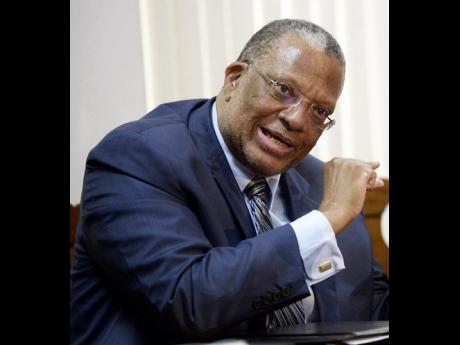 After two previous attempts, the member of parliament for East Central St Andrew, Dr Peter Phillips, 66, seems set to finally be crowned president of the People's National Party (PNP) as the campaign of his early challenger, Peter Bunting, came crashing down yesterday.

The shock exit of Bunting from the presidential race is believed to have been triggered by a meeting of more than 250 senior Comrades who, on Sunday, at Mona Visitors' Lodge on the Mona Campus of the University of the West Indies in St Andrew, one by one pledged to support Phillips.

Gleaner sources says while Phillip Paulwell and Fitz Jackson co-chaired that meeting, Bunting, member of parliament for Central Manchester, was in St Thomas seeking to advance his campaign.

The sources say Bunting, also an investment banker, was greeted with low energy in the eastern parish.

Bunting's abandonment of his campaign also comes in the wake of last week's revelation by The Gleaner that members of parliament on the Opposition benches were lining up behind Phillips to succeed Portia Simpson Miller as president.

In a statement yesterday, Bunting, a former general secretary of the PNP, admitted that having canvassed the views of the parliamentary and the local government leadership of the party, there was a strong feeling in the party that it was Phillips' time to sit in the president's chair.

"In the face of this strong sentiment, it would be irresponsible to cause the party to expend resources and divert our focus and energy at this time," Bunting said as he sought to justify his failed bid.

But already, some Comrades have started to express disappointment in the decision of Bunting, as they thought that, by him successfully challenging Phillips, the factious PNP would have been given a fresh face.

"I can tell you, some of us do not feel good about it. I was hoping that I would be able to rally some young people for Bunting, but I guess we have to go with what the party is giving us, which is Peter Phillips," a member of the PNP youth organisation told The Gleaner yesterday.

Even while some Comrades are still digesting the unexpected exit of Bunting, political commentators have described the move as a wise one politically.

They have argued that Bunting, having realised that he could not successfully mount a challenge against Phillips, was smart enough to abandon his campaign before it was too late.

"Bunting is a strategist! Bunting could challenge in another two years or three years now. It is not easy to rebuild the PNP now, plus Peter Phillips is now seen as the man to lead the party," attorney-at-law Paul Ashley argued as he bet that as the PNP strengthens, Bunting's presence will be strongly felt.

Kevin O'Brien Chang also agreed with Ashley, but argued that the pundits should not come down too hard on Bunting for the decision, as it was in his best interest politically to abandoned the campaign.

In the meantime, reacting to Bunting's decision to pull out of the race, Phillips yesterday told The Gleaner that it was a decision he respected, even while he distanced himself from the claim by some within the PNP that Bunting may have been approached and asked to stand down.

Phillips stated that he was extremely gratified for the overwhelming support that has been shown to him at every level of the party, and promised to "do everything possible to maintain the unity of the party while it seeks to reach out, rebuild and reinvigorate".

Bunting, on the other hand, pledged to support Phillips and offered to work on areas of weakness within the 78-year-old party.