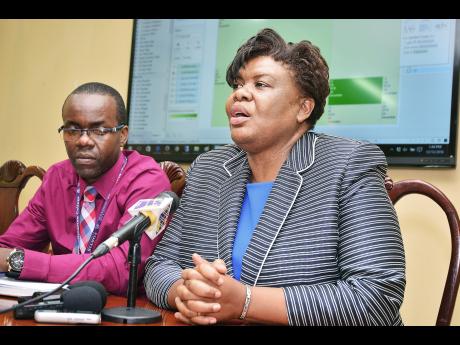 There are jitters in the marketplace that the country could be faced with a severe shortage of rice for the Christmas season, with one major importer of the product arguing that if the freeze imposed on the distribution of rice on the wharves is not lifted within a day or two, many Jamaicans might be scrambling to get the product for the holidays.

Director in charge of the Contraband Enforcement Team Albert Anderson, told journalists yesterday at a press conference at the Jamaica Customs Agency (JCA) in Kingston that the agency and other regulatory bodies have decided to detain all shipments of rice currently at the port pending sampling and analysis, in the wake of reports of plastic rice being distributed on the local market.

The Bureau of Standards Jamaica, and the Food Storage and Prevention of Infestation Division in the agriculture ministry are carrying out tests on samples of rice obtained from various distributors, supermarkets and other locations, but the results of the tests will not be known until another 48 hours.

Ian Kelly, a senior executive of Derrimon Trading Company Limited, said if the decision by the JCA and other government agencies to halt the distribution of rice on the ports is not reversed shortly, the country will experience a shortage of rice for Christmas.

He told The Gleaner that in the last few months, there has been a shortage of rice out of Guyana and Suriname. Kelly noted that most of the rice from those two countries is being purchased by Brazil, Haiti and countries out of Europe.

He urged the various government agencies to resolve the so-called fake rice issue speedily so that the market will not be severely impacted.

Commenting on his company's approach to accessing the grain, Kelly emphasised, "We are about safety and we want to know that there is nothing that is untoward that may harm our consumers, and it is important for our Government to do what is to be done."

He said Derrimon Trading Company Limited has been importing rice from Suriname and Guyana for the last 10 years and has never had an issue with the quality of the product. "We don't take chances when we buy," he added.

Experts from the Ministry of Health yesterday explained that if plastic rice has been unleashed on the market for consumption, this would have some effect on the human system.

Commenting on possible sanctions against importers of fake rice, the director in charge of the Contraband Enforcement Team said: "The person would have made a false declaration to Customs when it entered into the market, so what would happen is that they would be fined under the Customs Act and the goods taken away."

Meanwhile, Dolsie Allen, chief executive officer of the Consumer Affairs Commission, is urging consumers to be extremely vigilant when they purchase rice noting that they should buy the item from reputable organisations or establishments.

"As far as the Consumer Affairs Commission is concerned, we continue to educate consumers to ensure that you purchase items from areas that are reputable," she said.

Dr Osbil Watson, chief veterinary officer in the Ministry of Industry, Commerce, Agriculture and Fisheries, said food fraud is an emerging problem in the global marketplace.

"A lot of countries across the world now have to be moving towards ensuring that we do not only test in relation to food safety but to be able to detect fraud as it relates to the interventions by unscrupulous persons who will try benefit financially and deceive the consumer," he said.