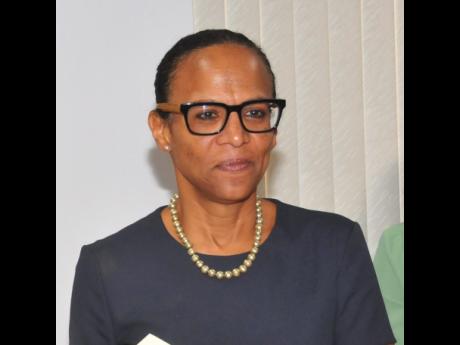 Therese Turner-Jones, the Inter-American Development Bank (IDB) country representative in Jamaica, has said that she expects the calendar year to end with the economy still barrelling on its positive path.

Speaking with The Gleaner yesterday, Turner-Jones said that the positives that have emerged in the Jamaican economy so far this year were expected as the Andrew Holness-led administration has stayed on course.

"With the year ending, I think Jamaica is in a good place. The primary balance has been achieved and the debt is coming down. Inflation has remained low, so prices are stable. Those are all good indicators," she stated.

She pointed to her observations of commerce in Kingston and the fact that companies were spending to decorate and market their products as good signs for the economy.

"Even though I would need to see the data to confirm, anecdotally, just judging by the traffic, people must be doing something. Something positive must be happening out there," Turner-Jones said.

The possibility that the economy could close the year shattering an elusive above two per cent growth rate excites Turner-Jones, but the IDB boss said she wanted to wait and see it happen. This as she hinted that oil prices remaining low would be a critical factor in the final out-turn of the economy.

Recently, OPEC countries began cutting oil output, driving up the price of the commodity on the world market.

The issue of the exchange rate has been one that has invoked many reactions, with manufacturers squealing the loudest, claiming that with every slippage in the dollar, they were being disadvantaged and their input costs increased.

The IDB country representative said that amid the emotional responses, there were many positives to take from the exchange rate further sliding.

The economist noted that there was potential for the business process outsourcing (BPO) industry, as players were clamouring for space to set up their stations. She said that there could be a link between the strong emergence of the BPO industry and Jamaica's competitive exchange rate.

While noting Jamaica's steady progress in rebuilding a robust economy, Turner-Jones cautioned that there was no time for complacency, as much more needed to be done to make the country more attractive. She said Jamaica's business environment has not achieved its full potential either, so there was a need for the Government to place emphasis on certain areas in the new year.

"There is the issue of making it easier to do business with the Government. A lot of our efforts in 2017 and beyond are going to be on public-sector service delivery," Turner-Jones said.

The IDB boss said her organisation would be keen on assisting the Government to meet its goals in the much-anticipated public-sector transformation exercise.

"We are looking into [the possibility of] having more electronics [in Government] and have e-government up and running and having better procurement systems right across the board," she said.

In the meantime, Turner-Jones has added her voice to the long list of those who have expressed concerns about Jamaica's crime situation.

She said if the country was not careful, all that has been achieved could be wiped out if crime is not brought under control.