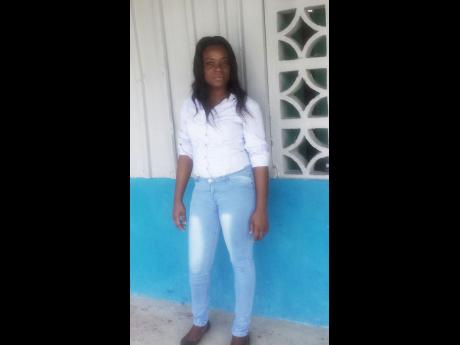 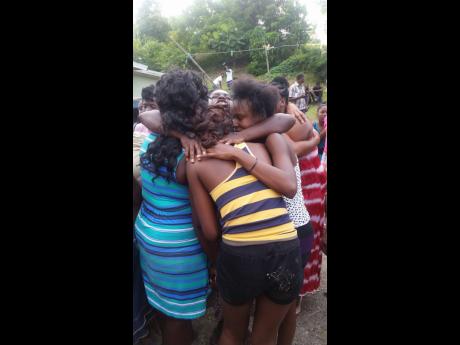 A group of friends grieve after learning of Barrett’s death.
1
2

Tears of sorrow and deafening screams flooded the usually quiet community of Arcadia in St Thomas yesterday as family members, neighbours and friends mourned the death of 19-year-old Tashoy Barrett, whose body was found inside her boyfriend's home.

Barrett's body was found in a pool of blood about 12:30 p.m. yesterday by friends who noticed they had not seen her since Christmas Day.

Ranae Johnson, Barrett's best friend and one of the three girls who found her, recounted the tragic happenings of the past 24 hours.

"We went to church yesterday morning. Church ended about 4 p.m. She had agreed to help me to comb someone's hair after, but she didn't show up," she said.

Johnson told The Gleaner that about 5 o'clock that evening, she received a call from her friend's boyfriend.

"Him seh: 'Yu see you. This a guh be one Christmas weh yu a guh remember'," she recalled, adding that he ended the call before she could have responded.

Johnson said she suspected the man was threatening her because, according to her, he believed she knew her friend was "doing things".

The grieving friend told The Gleaner that she immediately began calling Barrett's phone, but in futility.

Didn't turn up for church

The concern about her friend's whereabouts piqued after she did not turn up for church that night.

Johnson said the group of friends began searching for Barrett yesterday morning and, after realising that she wasn't at her parents' house, decided to go to the boyfriend's house, where she spends most of her time.

"When we reach, I didn't want to go up there because is like I knew something was wrong. One of my other friends go up there and called, but said no one was there. There's hole in the house, so when she peep through it, we see she drop back and start bawl," she said.

A man, who later forced entry into the house, confirmed their fears.

Barrett was lying face down in a pool of blood.

"Mi tell her fi leave him and leave up there long time because him always beat her and threaten her and she swear to mi seh she done wid him. But den she tell me he kept calling her and crying. She tell me that he is going through a lot, but I knew he was just trying to soften her up," said Johnson, who told The Gleaner that she and Barrett used to do everything together.

Members of her church surrounded the family and friends as they sang songs and prayed for strength during their time of grief.

Barrett is said to be the second of her parents' four children.