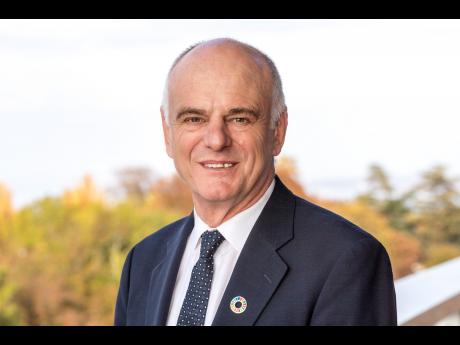 Dr David Nabarro, the English aspirant vying for the post of director general of the World Health Organisation (WHO), has affirmed his stance to strengthen the internal health capabilities of developing countries, should he ascend to the helm of the organisation in May.

"I'm going to focus on trying to ensure that countries have capacities of their own to identify these types of diseases (CDs) quickly and to respond to them firmly," the 67-year-old medical doctor told The Gleaner.

"If there's any problem at all to do this, then I believe it is the role of the WHO to provide support. I will make sure the WHO is more efficient and effective at supporting developing countries when they are facing disease outbreaks such as Ebola, cholera or Zika."

Nabarro has cited full partnership with national governments, the Pan American Health Organisation (PAHO), United Nations agencies and development banks as the catalyst to bring about these capabilities.

On the topic of NCDs, which account for more than 50 per cent of deaths locally and is the leading global cause of death, Nabarro expressed that healthy lifestyle promotion is the best remedy.

"I plan to work with the ministers of health and with younger people on prevention of NCDs through trying to deal with some of the factors that cause them to occur without at the same time appearing to make their lives uninteresting and dull. Should I be appointed, it will be less sugar, less salt and less saturated fats and more focus on good Caribbean food."

It is estimated that approximately 3,000 persons die from cancer each year in Jamaica. Cases of diabetes, heart disease, hypertension and chronic respiratory illnesses have also been on the rise in recent years.

The five other candidates seeking ascension to the helm of the WHO are: Philippe Douste-Blazy, France; Tedros Adhanom Ghebreyesus, Ethiopia; Flavia Bustreo, Italy; Sania Nishtar, Pakistan; and Miklos Szocska, Hungary.