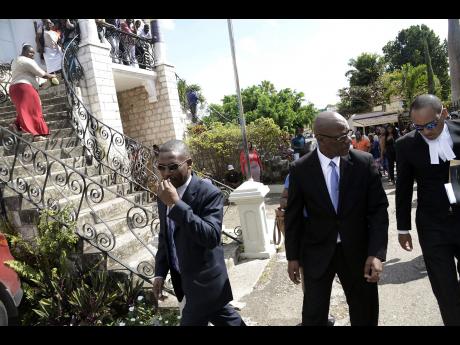 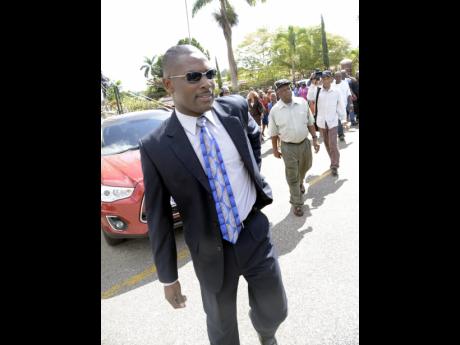 The two Moravian ministers charged with having sex with an underage girl have backed away from a threat to file legal action against their alleged victim.

The about-turn by Dr Paul Gardner, former president of the Moravian Church in Jamaica, and the Reverend Jermaine Gibson, the former deputy president, came yesterday after their brief appearance in the Manchester Parish Court.

Both men had their bails extended and are to return to court next Wednesday. Prosecutors indicated that a copy of the preliminary report in the case would be made available to their attorneys and that a date would be set for a committal hearing to determine whether the case would be transferred to the Circuit Court.

Gardner's new attorney, Peter Champagnie, told The Gleaner that he advised his client against bringing civil action against the woman at the centre of the case.

"I don't want the impression to be given that there is any threat or intimidation by way of suggesting that there will be civil action against the virtual complainant in this matter. It is inappropriate," Champagnie said.

"What my client elects to do after the criminal case is a matter entirely for him, but, certainly, at this stage, the matter is before the criminal court, and that is where it is going to be ventilated," he said.

Lambert Johnson, the attorney who represented Gardner and Gibson at the time they were arrested and charged, described the allegations against them as a witch hunt.

In addition, Johnson asserted that the evidence provided by prosecutors was "riddled" with inconsistencies and bereft of credibility, cogency, or corroboration.

As a result, the attorney indicated that the two Moravian ministers were instructed to file civil action against the complainant for defamation, malicious prosecution, and false imprisonment.

But Johnson's statement drew condemnation from the chairman of the General Legal Council, Allan Wood, who described it as deeply concerning.

Wood said that since the matter was before the court, it was highly improper to make statements that could be viewed as threatening the complainant or any witnesses.

Champagnie said that Gardner is on record as saying that members of the clergy and other public figures are not "beyond inspection of the criminal law" and has not resiled from that position.