UWI gives in to squatters - Mona Commons to be redeveloped; only a handful of persons to be relocated 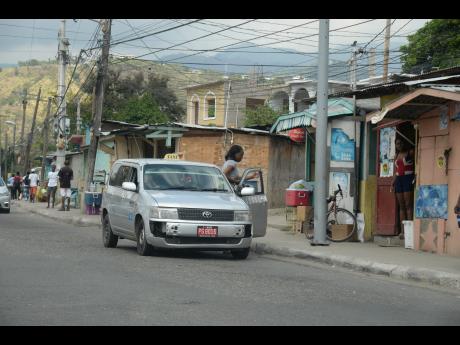 Jermaine Barnaby
A passenger comes out of a taxi in from of the Mona Commons informal community last week. 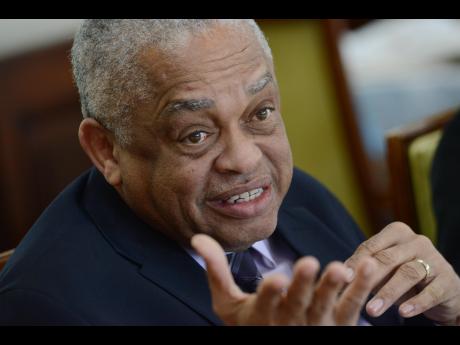 After years of posturing and several threats that squatters would be removed, the majority of persons who captured lands owned by the University of the West Indies (UWI) in Mona Commons, St Andrew, have been given the green light to stay.

The squatters, who constructed houses, set up businesses and created an informal community that threatened the teaching status of the University Hospital of the West Indies, will now be allowed to remain on the lands which will be redeveloped, starting closer to the end of this year.

The settlement, which has steadily expanded over the years with about 1,000 residents now living there, is spread across approximately 10 acres of land despite plans by different administrations to have it demolished and at least 50 per cent of the squatters relocated.

UWI principal, Professor Archibald McDonald, told a recent Gleaner Editors' Forum that he learnt of the relocation recommendation some years ago.

"It was during my tenure as chief executive officer of the hospital I discovered that recommendations were in place for the relocation of about 50 per cent of the residents. But that was not on. It would take an army to do that," McDonald told Gleaner editors and reporters.

He argued that previous attempts at the redevelopment of the community - which has caused the university a major headache - were not informed by research.

"But now, because we did the groundwork and it is informed by research, very few families will need to be relocated. It is amazing," said McDonald.

"The small number to be relocated are those who have been coming to us and have expressed a desire not to be a part of the project, but that is a small percentage of the residents. So exciting things are happening," added McDonald.

The redevelopment, which is to be done in phases, is expected to see the relocation of 23 houses and/or families to enable infrastructure development such as roads, sewerage and electricity.

A new basic school and community centre is to be created, and makeshift shops which have been eyesores across from the entrance of the hospital are to be transformed into a modern shopping plaza.

According to McDonald, research done by persons in the university's Faculty of Social Sciences played a key role in the determination of how to transform the squatter settlement.

"The community has caused tremendous problems for the university, and the first thing we did was to send colleagues from the Faculty of Social Sciences, mainly from Social Work and Sociology, to go do the research.

"They brought back a tremendous amount of information about the make-up of Mona Commons. They can tell you the age groups, the income levels, which household is headed by females versus males ... ." said McDonald, as he expressed confidence that the development plan will benefit everyone.

"We have been partnering with the Ministry of Housing and the National Housing Trust to redevelop Mona Commons into a modern community, and if you see the architects impression and what we are about to embark on ... . The expectation is that we should start rebuilding Mona Commons, hopefully ... long before the end of this calendar year," added McDonald without providing clarity on how the development will be financed.