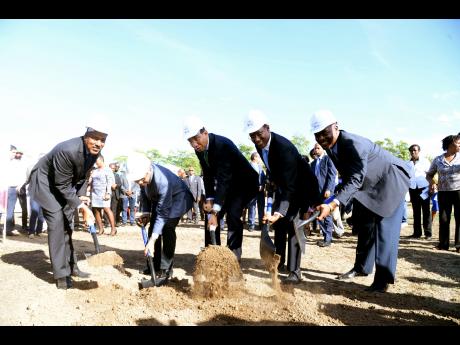 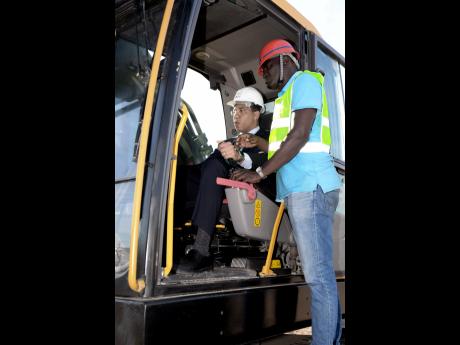 Some 3,000 business process outsourcing (BPO) jobs are expected to be created from the construction of a building at the Portmore Informatics Park (PIP) in St Catherine, a move Prime Minister Andrew Holness said would help to reduce crime.

"Driving from my office to Portmore, I saw on the roadsides a number of people just almost looking listless - not employed," said Holness at yesterday's groundbreaking for the 150,000 square-foot property. "And, I started to think, 'Can you imagine if we had every single able-bodied Jamaican who wanted to work employed?'. We wouldn't have to worry about crime and violence. People would be too busy for mischief."

He added: "Every single call centre that is going to be opened, and don't take me literally, take me seriously, this year, I will be there to open them because this is the fastest way to get our Jamaicans employed."

The country has been struggling with a surge in crime that is riding on the back of an 11 per cent increase in murders for 2016 when compared with figures from 2015. Jamaica's unemployment rate is 12.9 per cent - one of the lowest in five years. However, youth unemployment, at around 27 per cent, is one of the highest in the world.

Some 22,000 people are employed in the BPO sector now, but the Government wants that figure to climb to 200,000 in four years.

The BPO sector has been criticised for low wages and alleged poor working conditions, but Dr Horace Chang, a minister without portfolio in the economic growth and job creation ministry, said that some of those views should be dismissed as the BPO sector "is the way of the future".

The US-based company Alorica, formerly West Corporation, operates in the PIP. The Port Authority of Jamaica has been leading the development of the local BPO sector, which is worth around US$400 million as at 2015.

Construction is to run for 12 months.