Flooding fallout - Coffee Industry Board axes lawyer, says it was misled over insurance coverage for stock 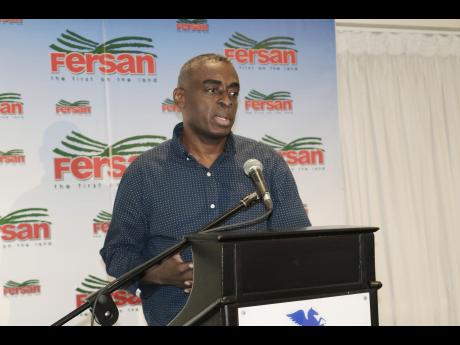 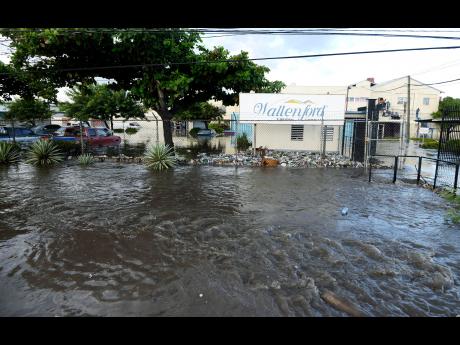 File
Flood waters at the entrance to the Wallenford Coffee Company on Marcus Garvey Drive on Friday September 9, 2016
1
2

The board of the Coffee Industry Board (CIB) has shaken up its management, including dismissing its legal officer and company secretary, saying that it was deceived about the nature and extent of insurance coverage on the stock of beans stored at its warehouse on Marcus Garvey Drive in Kingston, which was affected by floodwaters on September 9 last year.

Resulting from reorganisation, Gusland McCook has been appointed acting director general, replacing Steve Robinson, who reverted to his substantive post of chief accountant last Friday, a day after the board of directors fired Maria Gayle as legal officer and company secretary. Pamela Hutchinson-Johnson will serve as company secretary in the interim.

The board's action followed revelation that it was deceived about the nature and extent of the insurance coverage on the stock stored in its warehouse as well as the building itself.

This came to light when the board made a claim on General Accident Insurance Company Jamaica Limited for an estimated US$3 million worth of coffee damaged by the floodwaters.

General Accident refused to pay on the grounds that the claims were inconsistent with the value and terms of the insurance coverage.

The CIB board then advised that it would take the matter to court, secure in the knowledge that the stock was still comprehensively insured as it had been for decades. Last December, Sharon Donaldson-Levine, general manager of General Accident, confirmed that it was still the insurer for the CIB but was very careful in the wording of her response to The Gleaner.

"General Accident will honour the terms and conditions of its policies and it will make payments, fair, objective just like we do with care for all other insured. When you buy your insurance policy, it is a promise, and we honour that promise, unequivocally. Certainly, at General Accident, we pride ourselves on standing behind that promise," she said.

It was the consistently qualified response from the insurer, as against a flat refusal to pay, that prompted the CIB to examine in greater detail the fine print on its insurance coverage, and what it found was disconcerting, to say the least.

"Looking at the premiums signalled to us that it could never have been properly insured, and we really, in all fairness, could not accept producers' coffee and store it without adequate insurance because it exposes us tremendously," Minister of Industry, Commerce, Agriculture and Fisheries Karl Samuda told The Gleaner last Friday.

"That was just for the storage which, as it turned out, it was flooded out, but there was the potential of even greater disaster, of destruction of the crop and supplies and the building by fire," he said.

"From what I understand, we did not have adequate insurance for the installation there that we have ... and that's the responsibility of the administrative staff, and so in a situation like that, there are consequences. We recognise that mistakes do occur, but when mistakes cause the level of damage that threatens the stability of the organisation, there are consequences, and so as a result of that principle, the action was deemed appropriate by the board," Samuda said.

He went on to confirm that the revelation that the comprehensive insurance long enjoyed by the CIB had been significantly diluted, without the knowledge of the board, triggered the sacking and other changes to the management team.

"That gave rise to grave concerns ... when we realised that the coffee was underinsured [that] there was not a sufficient level of insurance to protect the organisation. A number of persons on the board [as well as the minister] were most upset, and it ended up costing us a lot of money that was never contemplated and we were made - the ministry was made - to feel, or to believe, that we were [adequately] insured," he said.