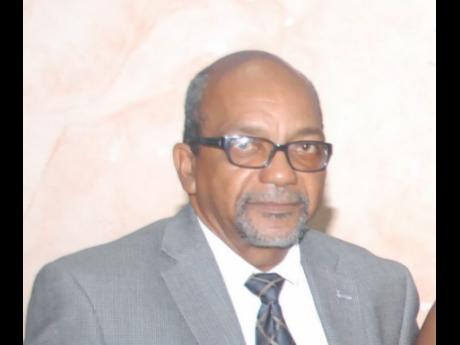 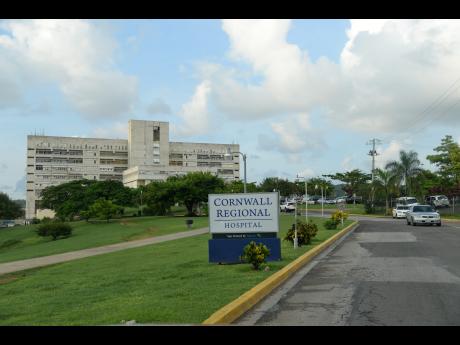 "When the hospital was built and opened in 1974, it was built to have a comprehensive ventilation system (central air-condition system), bringing in fresh air and taking out stale air," said Brown. "That system broke down between the late '70s to early '80s, but part of it operated until the 1990s when the entire system died."

Brown said that, over the years, successive governments and ministers of health have spoken of the need to resuscitate the system, but he said the required funding was never provided.

"What they ended up doing was to utilise split units for the area that were so affected (areas with ventilation issues) ... the first, second and third floors," said Brown. "With all the goodwill in the world, the administrators of the hospital cannot do anymore than they are doing. The blame does not lie there, neither does it lie with the respective boards over the years."

Brown said the hospital requires the services of a highly skilled engineer to oversee the operation and maintenance of the various equipment, but according to him, that has not happened because the required maintenance budget is not in place.

"... The system that the hospital has in place does not take into consideration the salary that such a position demands, so you are not going to get a proper engineer to run the system," stated Brown. "Cornwall Regional Hospital is a Type A hospital and it required a Type A maintenance plan."

Brown also took serious issue with the recent decision to resuscitate the old ventilation system, which is now being blamed for the noxious fumes that have disrupted services at the hospital.

"You can't have a ventilation unit that has been out of service for nearly 30 years and just bring in people to clean it and then expect it to work properly, knowing it was out of use because of unresolved problems," argued Brown. "It should have been condemned and a new system put in place."

Brown revealed that when his administration was putting in the fourth- and fifth-floor operating theatres before his tenure with the WRHA ended in 2015, he was told by a consultant that they engaged that it was unwise to use the old ventilation system, knowing it had been out of service for so many years.

"When we asked them why we couldn't use the old system, they said, 'Unnu mad?'" said Brown. "We had to put in a brand new system to bring fresh air into those two new operating theatres."

Closing CRH would be colossal mistake

Former chairman of the Western Regional Health Authority, Calvin G. Brown, said that going forward, there needs to be a proper maintenance budget for CRH.

Brown further noted that, in light of the various issues now plaguing the health sector, the Government probably needs to revisit its fee-less policy.

"When the Government decided to make health free, they 'soaked up' (sabotaged) the system," said Brown. "Government needs to subsidise the health system, but it cannot be for free. Even in England the other day, England is telling their people that you are going to have to pay something for health. We have to revisit this free health care matter; health cannot be a political tool."

With regard to suggestions that CRH be closed until the problem is fixed, Brown said that, too, would be a colossal mistake.

"Talk about closing the hospital is rubbish. It is located in a part of Jamaica that needs to have a functional Type A hospital, even if it is not operating at full capacity. We are in the tourism belt, Montego Bay has an international airport, Montego Bay has a world-class cruise ship port. We have to do what it takes to keep it open," Brown said. "Falmouth has 90 beds and one operating theatre. Noel Holmes has 38 beds, no operating theatre. Savanna-la-Mar, 200 beds and one operating theatre. Those things have to be taken into consideration before you even think about closing CRH."