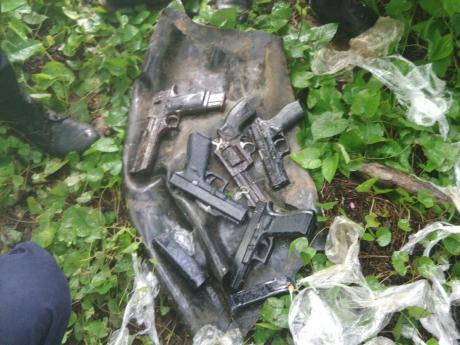 Weapons and ammunition found by the police in McCooks Pen in May last year.

The police are reporting that more than 1,000 illegal guns have been seized in its 'Get The Guns' campaign since it was launched just over a year ago.

The majority of the guns were seized in the Police Area One which covers the parishes of Hanover, St James, Trelawny and Westmoreland.

The data show that a total of 303 weapons were recovered by the police in the four parishes during the period of review. 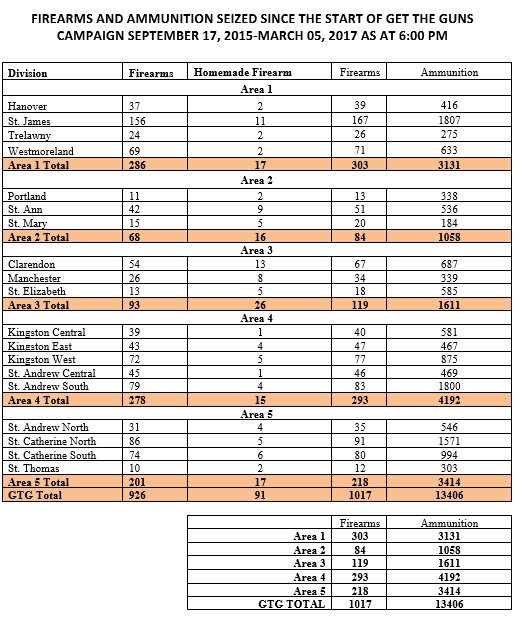 The Police Area Four saw the most recoveries with 4,192 ammunition.

Both the Police Area One and Area Five, which comprises sections of St Andrew, St Catherine and St Thomas, seized more than 3,000 rounds of ammunition over the period.