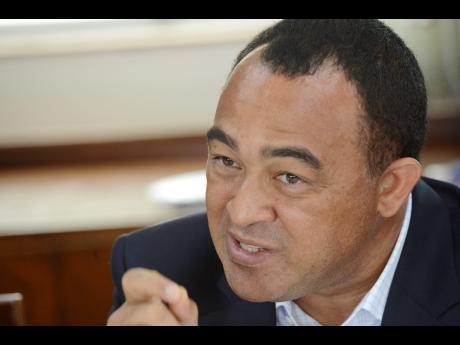 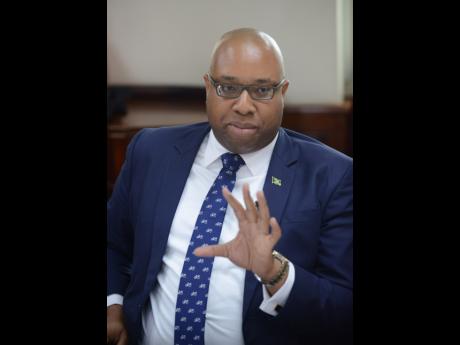 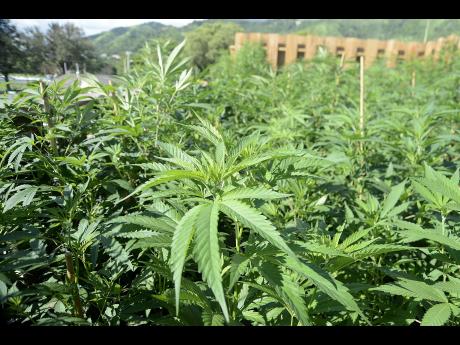 A standoff between the Ministry of Health minister and a lobbyist of the Cannabis Licensing Authority (CLA) has forced the National Council on Drug Abuse (NCDA) to defend its research methodology which provided data suggesting increase ganja use among adolescents since possession of two ounces or less is no longer a criminal offence.

Yesterday, Health Minister Dr Christopher Tufton responded sharply to criticisms from CLA Director Delano Seiveright that the ministry and some of its officials were the biggest humbug to efforts of the CLA to advance ganja decriminalisation efforts in Jamaica. The NCDA provided data to the MOH for The Sunday Gleaner story titled 'Ganja babies'.

The MOH in a release yesterday said it would not resile from its stance on ganja.

"It is unfortunate that a member of the CLA, described as a lobbyist in your story, 'Ganja lobbyist suspicious of NCDA data' on Sunday, March 25, 2017, would question the integrity of the NCDA's impeccable history. Through the work of the NCDA, Jamaica is only one of the few countries in the region to conduct substance use and misuse studies," the report said inter alia

"I am the minister of health, not a paid lobbyist for any narrow cause. I am satisfied that the agencies and ministry personnel who have provided me with advice on this matter have done so based on sound data analysis and in the interest of public health," said Tufton to The Gleaner.

"I am prepared to meet with, and listen to all contending views, however, this must be done with due regard and respect for our public-health institutions and agencies," he said.

The minister's comments comes against the background of criticisms from Seiveright, and a letter writer to The Gleaner, who said that Tufton's chief medical officer, Dr Winston De La Haye, has in the past presented what she regarded as "controversial and ... dubious reports inimical to the use of ganja".

"For Health Minister Dr Christopher Tufton to sit idly by and have Dr De La Haye - who now sets policy, and who in the past has carried a series of controversial and, in my view, dubious reports inimical to the use of ganja - continue as chief medical officer either means he is hell bent on destroying the wish of the majority of Jamaicans, including people in business, academia and Rastafari for liberalisation, or that he just doesn't care ... ." writes Victoria Wilson (PhD), Orlando, Florida, USA in a Letter to the Editor yesterday.

Wilson agreed with Seiveright "that the information is very suspicious" stating that Dr De La Haye "plays or has played a leadership role at NCDA who may very well rely on negative data to garner more support for their efforts".

Bolstered by the letter writer's comments, Seiveright is not backing down.

"Negative. I am not backing down," he told The Gleaner.

"I am deeply disturbed by the perceived serious conflict of interest at the Ministry of Health concerning persons filling the post of chief medical officer. Dr De La Haye, who is the backbone of the National Council on Drug Abuse (VCDA) for many years spent all his life belittling ganja law reforms and has been an expert promulgating data that many, including well respected members of the medical community, view as highly questionable and out of sync with current realities globall y... ." Seiveright said.

Continuing he said: "It is disheartening that our leadership at the Ministry of Health is allowing Jamaica that has such a powerful image in the ganja space to fall even further behind Israel, Germany, the Netherlands, Uruguay, Canada, the United States, Portugal, and other countries. Broader factual viewpoints are needed and ganja-healthy policy needs to be rescued."

The NCDA defended the research methodology stating that it routinely partners with regional and international agencies for technical support and funding to conduct surveys among the general population. It pointed to research done in 1989, 2001, and 2016, as well as specific target populations, including secondary school students in 2001, 2006, 2010, 2013, incarcerated adults in 2014, as well as specific community-based studies.

NCDA named several organisations and specific populations from which data are gathered.