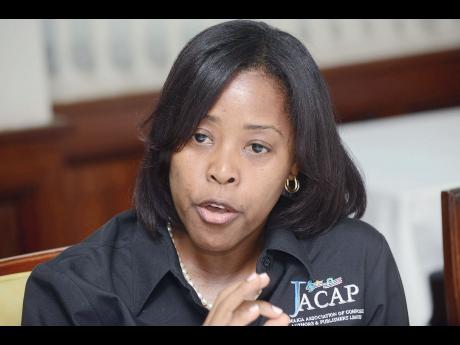 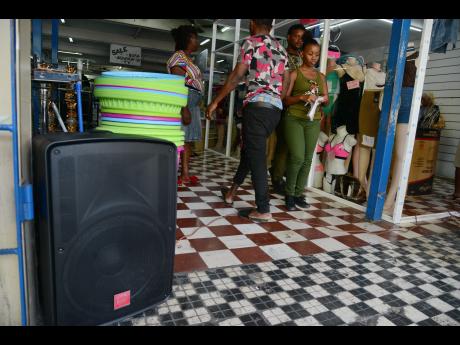 "If you play you must pay."

The Jamaica Association of Composers, Authors and Publishers (JACAP) is stepping up its efforts to clamp down on business establishments which violate the copyright of musicians by playing music without paying.

Two of the island's leading fast-food establishments, Restaurants of Jamaica and Restaurant Associates Limited, are among the first to face the wrath of JACAP and are facing the prospect of legal action, having been accused of owing millions of dollars for copyright violations.

According to JACAP's general manager Lydia Rose, several unsuccessful attempts have been made to get Restaurants of Jamaica, franchise holder for the KFC and Pizza Hut brands locally, and Restaurant Associates Limited, franchise operators of Burger King and Popeye's Chicken & Seafood in Jamaica, to pay for the music they play in their stores.

"Restaurants of Jamaica and Restaurant Associates owe millions of dollars. They have not responded to our request for payment for the past two years, so we have had our lawyers write them a demand letter, and the next step is to carry them to court."

Director of marketing for Restaurants of Jamaica, Tina Myers Matalon, indicated that her company has been in contact with JACAP, as it seeks clarification on the issue.

"We have been, and are currently, in contact with JACAP representatives seeking further clarification to their claim," said Myers in an emailed response to The Sunday Gleaner.

In the meantime, Chief Executive Officer of Restaurant Associates Limited Richard Lake said he was not aware of any claims of copyright violation.

"It hasn't come to my attention, and if it did I would tell them to switch to news and sports or not play anything at all," Lake told The Sunday Gleaner.

"Music doesn't generate any business for us in the stores; people don't come to my store to listen to music," added Lake.

According to Rose, JACAP is targeting food establishments with popular seafood restaurant, Pier One in Montego Bay, St James, also on its radar.

"Whoever uses copyright music, based on the Copyright Act, whether bars, restaurants or boats, we are clamping down," said Rose.

"The stores downtown and in other areas that play music; some are compliant and some aren't, and we are clamping down on everybody who aren't.

Last week, our news team saw several stores in downtown Kingston with speaker boxes inside and outside playing loud music.

Owen Reynolds, one of the managers at Woolworth's King Street branch, said he was aware that playing copyright music without a permit from JACAP is illegal and they only pipe regular radio stations through their speakers.

But several other store operators said they were not aware that they were required to pay to play.

"My workers play a little music; that's it," one manager said. "It is not against the law. We can't stop it. We play ... everywhere. All of the stores do it and all of my brothers' stores do it," said one store operator.

However, JACAP is warning that these store operators could be prosecuted, as a claim of ignorance of the law is not a sustainable excuse.

"We have been on every radio station, we have been on TV, we have done every form of advertising and we have even gone in the communities. So I can't accept them saying that they are not aware of what is required of them when they play music," added Rose.

Up to December 2015, JACAP had distributed in excess of $320 million to music creators, both locally and overseas. The 2016 figures are not yet available.

JACAP going after others who play and don't pay

- Operators of public passenger vehicles who want to play music other than that on the radio are required to take out a JACAP licence. Operators who are not compliant will soon be targeted.

- JACAP is also in discussions with the Jamaica Urban Transit Company Limited, which is expected to become compliant soon.

- Telecommunications companies that offer 'ring back tunes' are required to pay JACAP for the use of these songs.

- JACAP is currently in negotiations with the telecommunication companies/capable operators and has stated that if they are not willing to comply they will be taken before the court.

- Companies that use 'music on hold' are supposed to pay for using these songs. That means when you call a company and it has music playing in the background while you wait, that company is to have a JACAP licence.

Why should I pay for playing music in public?

THE COPYRIGHT ACT OF JAMAICA 1993-1999 assures authors and owners of original musical, dramatic or artistic works certain exclusive rights over the use of their works. These rights means that for any use of the work, permission or a licence has to be sought from the copyright owner, who is entitled to a royalty payment.

Who needs a JACAP licence?

Anyone who copies, distributes, broadcasts or adapts musical works needs a licence. A licence is required for public performances such as concerts, and in public places where music is played, such as restaurants, bars, hotels and business places. Entities that use musical works to provide entertainment for patrons, the general public or staff must have a licence to do so.