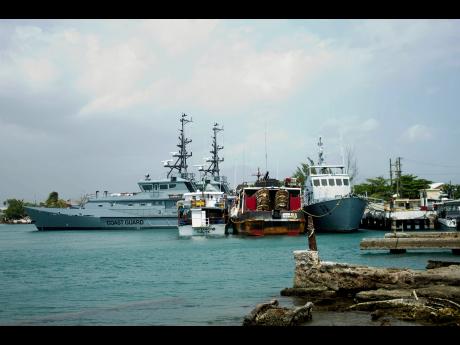 Soldiers on board the HMJS Cornwal, one of the newly acquired offshore patrol vessels, nabbed illegal poachers in Jamaican waters on Wednesday. 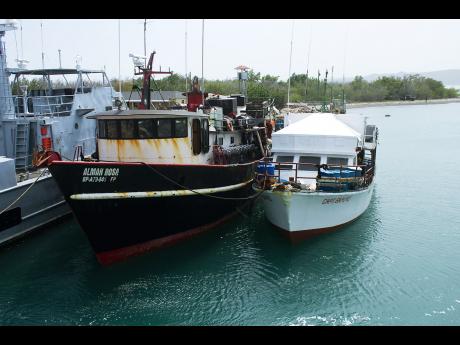 Fifty-nine Dominican Republic nationals and 24 Jamaicans will face the court on Monday, following their detention by the Jamaica Defence Force (JDF) Coast Guard. During operations south of the Pedro Cays on Wednesday, the men and two boats they were operating were seized.

The Dominican Republic fishers have been charged with operating without a licence and fishing without identification, while the captain will also be prosecuted for operating an unregistered fishing vessel. The Jamaicans, who were aboard a boat licensed as a carrier vessel, have been slapped with charges of fishing without a licence. In addition, none of the men onboard had a fisherman's identification. This is especially significant in light of the allegation that the vessel and its crew were engaged in fishing, contrary to the operating terms and conditions of its licence.

A carrier licence allows a fishing vessel to store and transport fish and fishing gear and is used by businessmen engaged in the sale and transportation of fish from the Pedro Cays and other offshore sites. In addition, the vessel may be engaged to work alongside an industrial fishing boat, to quickly transfer its catch to the mainland.

So those are the vessels that would go to Pedro Cays and buy fish and come back, or they may be working along with an industrial craft, and when the industrial craft catches fish, that is the vessel that transports it back to the mainland quickly for them.

On Sunday, March 26, another 32 fishermen from the Dominican Republic were intercepted by the HMJS Cornwall crew about 120 miles south of Jamaica in the vicinity of the Pedro Cays.

This week's interdiction brings to 114 the number of illegal fishermen caught in Jamaican waters in just over a week. The estimated value of all three seizures is approximately $16.5 million, at a weight of more than 33,000 pounds.

Commander Paul Wright, chief executive officer of the fisheries division in the Ministry of Industry, Commerce, Agriculture and Fisheries, told The Gleaner that that case has already been dealt with in the courts.