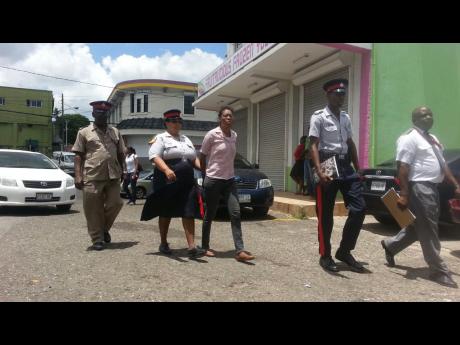 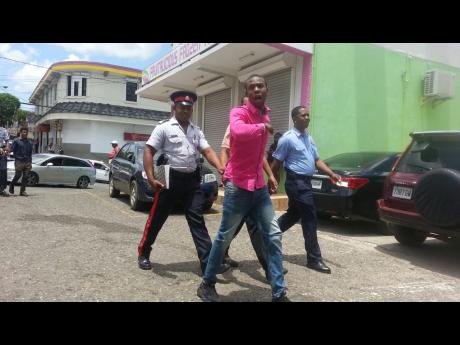 The female university student charged for kidnapping and conspiracy to kidnap was remanded in custody, along with her co-accused, when they appeared before the Manchester Parish Court yesterday.

Rosemarie Moore and Kevaughn Henry will both return to court today, where bail applications will be made on their behalf.

According to prosecutors, the allegations against Moore is that on March 23, she was found on location, where the ransom requested by the gunmen responsible for the kidnapping of two businessmen, was to be collected.

She is said to have been gesticulating to the co-accused, Henry, who was reportedly also on location to collect the money.

She is believed to be the woman who the gunmen told the wife of one of the businessmen, would be on the scene to collect the money.

Henry was intercepted by undercover police who was on the scene.

Moore, who was arrested and charged on the weekend, broke down in court as the allegations against her were being read.

Her attorney, Norman Godfrey, in seeking bail for his client, expressed that there was not enough evidence against her, stating that she was on a busy street and it could have been anyone whom she was gesticulating to.

Judge Desiree Alleyene said that because of the seriousness of the allegations, the matter should again be brought before the court today, for bail to be considered.

On Thursday, March 23, two businessmen were kidnapped by gunmen, tied up and left in a house before being moved to bushes.

The wife of one of the businessmen was contacted, told to withdraw $1 million and to leave it at a particular location in the town.

Henry, who reportedly appeared on location to collect the money, was arrested by undercover police.

The businessmen were later found at a house unharmed.

The gunmen fled the scene.