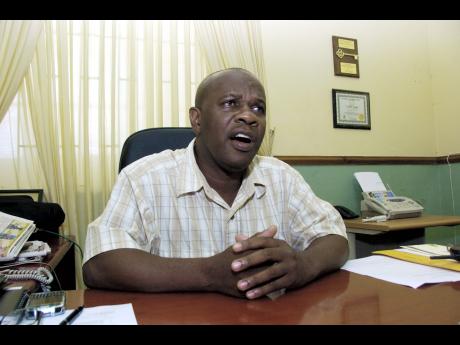 Once done, the offices of the TAJ will move from their current rental space on King Street, also in Falmouth, ending an old situation, which saw the agency changing locations three times in recent years.

While the new two-storey building will not be equipped with an elevator, a release from TAJ's communication department revealed that a ramp facility will be in place for members of the disabled community to access the building, where they will receive services on the ground floor.

Interestingly, during the recent heavy rains, which affected Falmouth, the location where the building is being constructed was flooded, raising concerns about whether the site was ideal for the organisation's new home.

However, in a subsequent release, the communications department said that the TAJ was aware of the situation but had no great concerns as the building plans include provisions for drainage of accumulated water from the compound leading into the sea.

When the matter was raised with Falmouth's mayor, Councillor Colin Gager, he confirmed that drainage was included in the building plan submitted to the Trelawny Municipal Corporation, which, for him, is enough to suggest that there will not be a problem once the construction has been completed.

The mayor also pointed out that the new building falls within an area that is specially protected by the National Heritage Trust as a Georgian site. Falmouth has the largest intact collection of Georgian buildings in the Caribbean.

With regard to the recent flooding, the mayor said that it was caused by blocked drains in and around Cornwall Street, which resulted from accumulated debris.