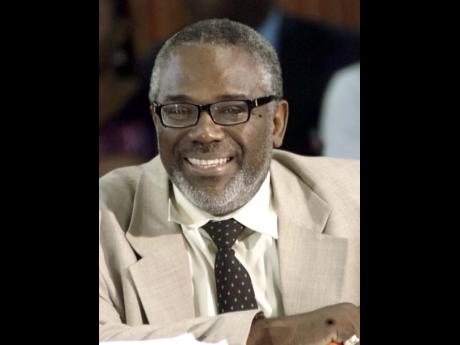 Prosecutors yesterday detailed how a St Catherine man hired well-known attorney-at-law Patrick Bailey to handle a land transaction and joint venture housing project but ended up, several years later, without his 22-acre property and having to pay his prospective business partners over $28 million.

Clerk of Court Channa Ormsby outlined the allegations in the Kingston and St Andrew Parish Court as she sought an indictment order to have Bailey stand trial for conspiracy to defraud.

Bailey was also scheduled to stand trial for forgery arising from the transfer of the property, but that charge was withdrawn. Ormsby explained that the parish court "does not have jurisdiction to try this offence".

However, the clerk of court was left surprised after Bailey's legal team, led by Garth McBean, took issue with her request for the indictment order.

McBean cited legal authorities to support his assertion that prosecutors cannot be allowed to circumvent the parish court's lack of jurisdiction to hold the forgery trial by charging his client with conspiracy to defraud "where the subject matter of the conspiracy involves the forgery of a transfer".

In addition, he said that nothing in the documents disclosed by prosecutors suggested that Bailey had anything to do with the alleged forgery.

"The proposed indictment is bad. It gives no basis for your honour to make an order for indictment," he told Senior Parish Judge Tara Carr, who is presiding over the case.

Ormsby admitted that she "did not anticipate that application" and requested time to respond to McBean's submissions. She will respond next Friday, the same day Carr will give her ruling.

FRUSTRATED AT THE PACE

The clerk of court, in outlining the allegations against Bailey, said that the St Catherine man, Stafford Dixon, hired Bailey in 1994 to oversee the sale of his 22-acre property and a proposed joint venture housing-development project.

She said that Dixon placed an advertisement in the newspapers and two men responded. According to Ormsby, Dixon and his attorney crafted a heads of agreement and a sale agreement for the joint venture.

"It was agreed that the prospective business partners would pay $22 million for the property, with an initial payment of $8 million to be paid up front, and $14 million would remain as equity in the project, to be paid to Mr Dixon along with one-third of profits realised from the sale of the units," Ormsby said. "Mr Dixon insisted that the $8 million must be paid before the sale agreement is executed."

Ormsby also indicated that the property had a $1 million lien, held by Century National Bank, and that it was paid off by the two prospective business partners.

But she said that after several months, the project remained at a standstill, the $8 million down payment had not been made, and both the heads of agreement and the sale agreement remained unsigned.

"After two years, Mr Dixon became frustrated at the pace at which the matter was progressing and confronted the two men, who told him that the agreement was at a stalemate and that they would do away with their joint venture agreement," Ormsby told the court.

Ormsby said that at this point, the men demanded that Dixon pay them $3.4 million for the $1 million paid to Century National Bank. According to her, Dixon acceded to the request after Bailey told him that "it was in his best interest to do so".

The clerk of court said that shortly afterwards, the two men approached Dixon, through their attorney, Crafton Miller and Company, and demanded payment of $40 million. "That sum, the evidence will show, matriculated to $80 million," she said.

"The complainant became furious as he could not understand the circumstances that caused the sum to increase because he owned the property, and the heads of agreement and the sale agreement had not been signed," Ormsby said.

At this stage, Ormsby said that Bailey told Dixon that "an attempt would be made to have the $80 million reduced".

"Crafton Miller and Company communicated to Mr Dixon's attorney that they would be willing to accept $25.5 million to get out of the agreement, and this amount was actually paid over," she added.

According to Ormsby, Dixon later learnt of a "sales agreement", with his "signature" and that of the property's co-owner, Lorna King, purporting to sell the 22-acre property to the two prospective business partners.

However, she said that the St Catherine man insists that neither he nor King signed a sale agreement. "The complainant [Dixon] contends that a second document, an instrument of transfer, was never signed by him and he had not authorised or sanctioned that his property be sold or transferred ... ," Ormsby said.