I will not be deterred by mischief makers - UWI principal 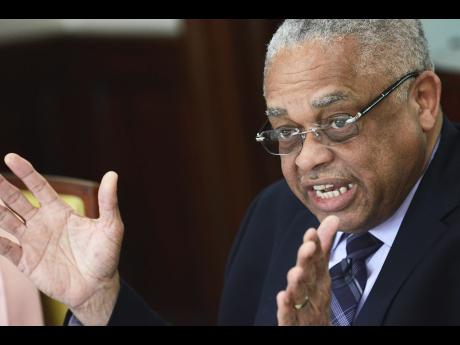 Professor Archibald McDonald, pro vice chancellor of the University of the West Indies (UWI), stridently defended the institution's stance to embark on its engagement with the private sector, specifically 138 Student Living.

Over the past two years of its student-housing partnership with the UWI Mona, 138 Student Living has delivered 1,008 rooms, with roughly 600 more to be developed under its concession agreement. Subsidiary, 138 SL Restoration, is also renovating one of the existing traditional student residences, Irvine Hall.

However, this has resulted in intense debate with various stakeholders, the most recent being a letter, which was published three days ago in The Gleaner about the hefty prices that renters are forced to pay.

While addressing the press launch of the Schools of Education Biennial Conference at the university's regional headquarters, McDonald said that everything is being done with the poor in mind.

"What we are doing is using the private sector to fund education. When I was their (students) age, I, too, demonstrated, and I was one of those students who used to block the gates, and they had to tear-gas us, so I don't have a problem with the students, and I don't have a problem with those members of our community who are protesting through ignorance. It is my job to educate them," he explained.

"My issue is those mischief makers who make noise for self-interest. What we are doing is to tighten the financial management of the campus and to make sure that every cent of taxpayers' money that is given to us is well spent and that it is not going in someone else's pocket. That is being done silently behind the scenes, and there are some who don't like it, but we will continue anyway."

McDonald indicated that there are ongoing partnerships with international students, which will give more underprivileged Jamaicans access to the UWI.

"We could not bring those students (foreigners) here and put them in Irvine Hall, Chancellor Hall, and Taylor Hall. I have not had the opportunity to examine (Mary) Seacole Hall, but the conditions at those halls when I visited two years ago are totally unacceptable, and so we partnered with 138 SL," he said.

In responding to the letter that was published, McDonald said that he was investigating the issues that were highlighted. He said, however, that the laundry fees, which had also been raised, were rolled back immediately.