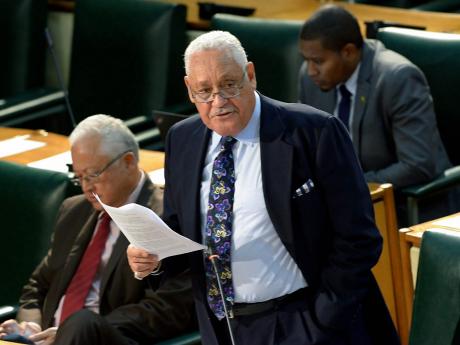 Transport and Mining Minister Mike Henry said that the transport plan would be rolled out between Old Harbour in St Catherine and a number of routes in Clarendon later this year.

Henry argued that while taxpayers from across the country fund the state-owned bus service, only persons in the Kingston Metropolitan Transport Region benefit from the JUTC services.

"That needs to change, and we intend to change it by gradually bringing more uniformity to the cost of public transportation across both rural and urban Jamaica," he declared, while making his contribution yesterday to the Sectoral Debate in the Lower House.

The transport minister also told his parliamentary colleagues that the JUTC had increased its daily run-out of buses from about 300 in the latter half of 2016 to more than 400 since January.

At the same time, Henry divulged that the JUTC was finalising a programme in which the state-owned bus company would manage a pilot project to determine the feasibility of transforming the publicly-owned bus service to a liquid natural gas (LNG) fuel platform.

"This is to be rolled out under JUTC stewardship at Montego Bay Metro bus company ... through a bus- and fuel-supply platform," Henry said, noting that New Fortress Energy would provide technical guidance.

He indicated that if the pilot exercise was successful, the JUTC could switch to LNG, with both efficiency and environmental impact being foremost considerations.