Job cuts looming with merger of Transport Authority and ITA 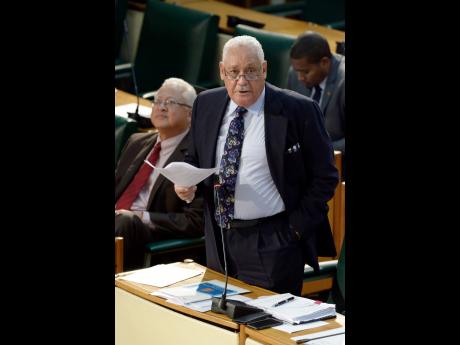 With the proposed merger of the Transport Authority and the Island Traffic Authority (ITA), Transport and Mining Minister Mike Henry said rightsizing was inevitable as part of the exercise.

“That’s an edict that has been given to me from Cabinet and from the new economic structure being devised,” said Henry in relation to the merger.

Addressing a post Sectoral Debate press conference yesterday at the ministry’s offices on Maxfield Avenue in St Andrew, Henry said the merger formed part of stipulations under the standby agreement with the International Monetary Fund to avoid the duplication of expenditure, staff and administration.

“We have gone some far way in analysing the marriage; we are in the throes of doing that,” said Henry, adding that the amalgamation was set for completion between 18 to 24 months.

In his Sectoral Budget presentation on Wednesday, the minister said that over the last year the ITA has implemented a computerised vehicle management system at Swallowfield Examination Depot, a system that is to be rolled out at other depots across the country.

In addition, Henry said that the authority has worked with HEART Trust training agency to develop training programmes to certify and train drivers and driving school instructors. It has also completed standards and requirements to certify driving schools.