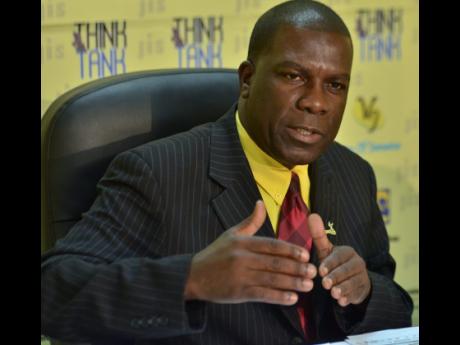 President of the Jamaica Agricultural Society (JAS), Senator Norman Grant, believes that the imposition of a tax on imported beef to jump-start the local production of corned beef would build the Agriculture Development Fund, which, in turn, would provide financial benefits to local farmers.

In an interview with The Gleaner earlier this week, Grant said that the use of imported meat would serve as a starting point for the building of Jamaica's corned beef industry.

"I have no difficulty if we have to import fresh beef or meat as a start to supplement the supplies until the industry can certainly supply it in a sustainable way," said Grant. "What the JAS would be calling for is an import cess [tax] to be imposed on the imported beef for the local industry to go into the Agriculture Development Fund, which was recommended by the JAS and approved by Cabinet.

"The cess should be used to expand the local industry, the development of pastures, provision of barbed wire, and the provision of loans," said Grant. "I am talking about five per cent loans, and to provide our young farmers, through the Jamaica 4-H Club, with calves. What I would want is a commitment from the Government to support the initiative."

VIABILITY OF THE INDUSTRY

Grant also stated that his organisation would pursue a feasibility study to examine how viable the corned beef industry would be in Jamaica.

"We are going to establish a feasibility study with the JAS and the livestock sector as to how we can explore the establishment of such an industry, and we want to engage the Development Bank of Jamaica to provide us with some funding for the feasibility study," he said. "But we think the time has come to look at these initiatives."

Grant was speaking against the background of last week's announcement by Don Wehby, chief executive officer of GraceKennedy Limited, that his company would be looking at producing its own local corned beef at its Westmoreland-based processing plant.