Quallo takes office amid 21 per cent hike in murders 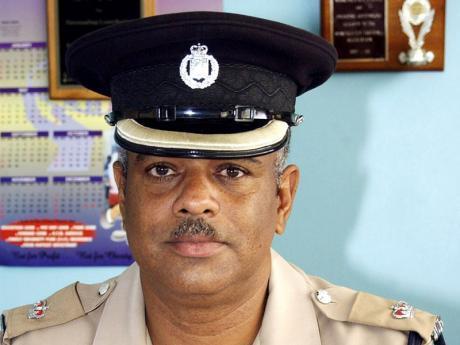 Quallo ... takes over the reins today as the 29th police commissioner.

George Quallo, 58, takes office today as the 29th commissioner of police amid a 21 per cent hike in murders and growing anticipation for the unveiling of the crime plan that helped him land the top job in the 150-year-old Jamaica Constabulary Force (JCF).

Head of communications at the JCF, Superintendent Stephanie Lindsay, said a date for his installation ceremony will be finalised today.

The Ministry of National Security announced on April 10 that Quallo, who enlisted in the force in 1976, will replace Dr Carl Williams, who opted for early retirement in January after 28 months on the job.

Among those Quallo beat for the job was Deputy Commissioner Novelette Grant, who acted as crime chief while the Police Service Commission searched for a replacement. Quallo's selection has been met with good wishes from the parliamentary Opposition, current and former colleagues, including Rear Admiral (Rtd) Hardley Lewin, who served as police commissioner for two years. "What I know of George Quallo is that he is a good, well-rounded police officer and he's well experienced," Lewin said.

But members of the general public, the opposition, business operators and former members of the highly-criticised force set up after citizens in 1865 protested social injustices, have said they are awaiting Quallo's vision.

For the period January 1 - April 10 this year, some 360 persons were reported killed across the island, a 21 per cent jump, or 64 more than was recorded for the similar period last year. Jamaica recorded 1,350 murders in 2016.

Quallo has declined so far to give details of his plans, telling the media that he will do so at an "appropriate time and place". But he has insisted that he will address the murders, now at a rate of 50 per 100,000 of the population.

"We will have this crime monster under control," Quallo told The Gleaner.