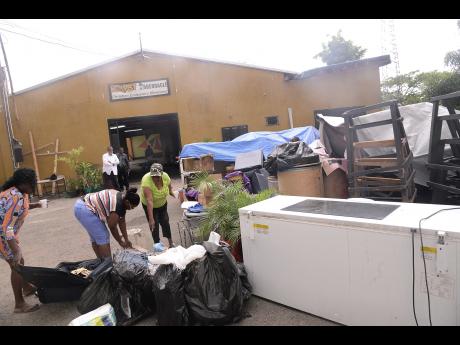 Norman Grindley
Members of the Harvest Tabernacle Christian Endeavour Ministries at Ferry, St Catherine, secure the belongings of the church after being evicted from the premises yesterday. 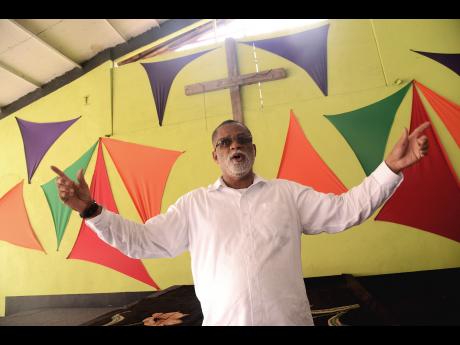 The Harvest Tabernacle Christian Endeavour Ministries was yesterday evicted from the National Commercial Bank (NCB)-owned property it occupied at Ferry in St Catherine, with its pastor, Boswell Raymond, likening the eviction to a crucifixion.

"It feels like we have been crucified, but we do have to abide by the court's ruling to turn over the property to the so-called owner," Raymond told The Gleaner.

The church has been in a dispute with NCB since the bank moved to regain possession of the property.

The church claimed that it was in negotiation with NCB to buy the property and had paid over $14 million in a vendor's mortgage. However, the bank dismissed the claim.

Late last year, the court ruled on the matter that the purchaser was entitled to the property.

Stating that they had not broken any rules in its acquisition, Raymond said that he was disappointed but that they had to abide by the court ruling.

The pastor said that a bailiff went to the property, located at Dawkins Bog, Ferry Penn, St Catherine, yesterday morning, having notified him of the eviction.

Members were seen busily clearing the building of church items, which Raymond said may have to be temporarily kept at the nearby Hydel Group of Schools.

"We had written to the lawyers of the owner stating we have no resistance to leaving the property and that we will honour the ruling. We even handed over a set of keys. However, I received a call very early this morning from the RM Court saying that the bailiff was at the location, ready to evict us. That was surprising," said Raymond.

"So we have been packing up our things since this morning. We have no place to go, and with millions already spent, it's a big loss, especially that church members sacrificed their own financial need to help."

Raymond said that his church had spent nearly $30 million between payments to NCB and refurbishing work on the building.