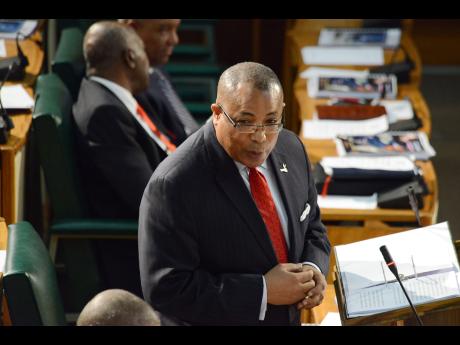 Anthony Hylton, a former Cabinet minister in the previous People's National Party (PNP) administration, spelt out what he believes to be the formula for economic growth in Jamaica during his Sectoral Debate presentation, where he raised concerns about the pace of business environment reforms.

According to Hylton, the opposition spokesman on industry, investment and commerce, the formula to achieve sustained economic growth with jobs is a combination of macro-economic stability; business and entrepreneurship reforms; the introduction of liquefied natural gas; logistics hub education and training to include values and attitudes; and crime reduction.

But he claimed that the path to getting there was started under the Portia Simpson Miller administration of 2012-2016, during which he was the portfolio minister for the areas he now shadows.

"The previous PNP administration created the vision, laid out the road map, developed the strategies, created the instruments, charted the course, and drove the momentum of the economic recovery being witnessed now," he said on Tuesday in Parliament.

The Andrew Holness administration, he said, must now "follow the blueprint".

Hylton also said that he was concerned that the tax measures announced by the current administration could have a negative effect on the growth of the country.

"If through carelessness, this administration allows macro-economic stability to fall, can it be put back together under this administration?" he asked, noting that the pace of reforms such as in the business environment has "slowed to a crawl".