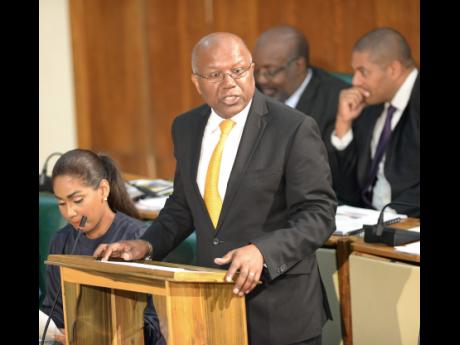 Opposition spokesman on foreign affairs and foreign trade Dr Morais Guy says that the Andrew Holness administration is paying lip service to the Diaspora as it drags its feet on a policy relating to that critical group.

Reiterating his call for the Government to table the country's Diaspora policy, Guy says that despite raising questions about this key document for more than a year, the administration has failed to bring the policy to Parliament.

"When the last government, our administration, left office, the draft was 90 per cent complete, certainly well over a year. This should be a public document by now," said Dr Guy, while making his contribution to the Sectoral Debate in the House of Representatives yesterday.

"We seek to know who is in charge of Diaspora affairs at the ministry, or has this responsibility been shunted to the various missions for them to run on autopilot?" he questioned.

The opposition spokesman argued that Jamaicans abroad were integral to Jamaica's development, noting that remittances were the largest foreign exchange earnings for the country, followed by tourism.

"We need them to invest in the country for national development," Guy said, adding that the Jamaican Diaspora, if significantly harnessed, should be one of the driving forces in investment in the economy.