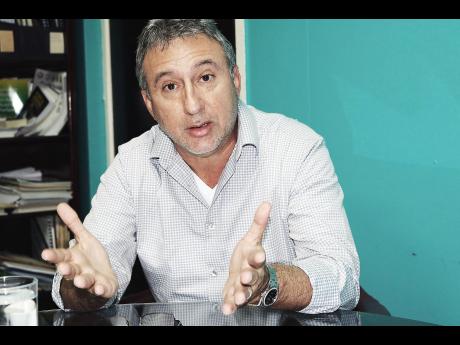 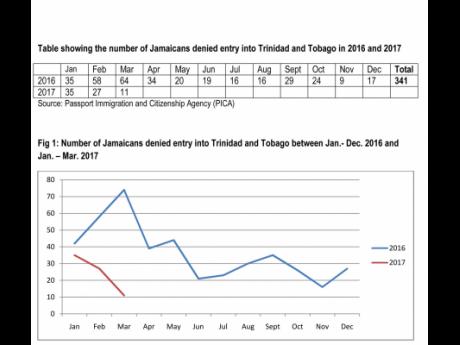 The seemingly improved trade relations between the Caribbean countries coincides with an 82 per cent reduction in the number of Jamaicans denied entry into Trinidad and Tobago for the one-year period March 2016 to March 2017.

In 2016, Trinidadian Prime Minister Dr Keith Rowley made an official visit to Jamaica to avert what he then called a "trade war", which was being fuelled by the constant complaints by Jamaican businesses about alleged unfair trade practices by their Trinidadian counterparts.

The JMA head said that he has been in discussion with his Trinidadian counterpart and the relationship between both associations has been getting stronger. "There are fewer and fewer complaints that we have heard about," Seaga added.

"Is everything perfect? Absolutely not, but I think we are moving in the right direction."

However, he called on Johnson Smith to make good on the Government's commitment to lead a Jamaican delegation to Trinidad.

"I would call on Minister Johnson Smith to make haste in getting that team together and let's go to Trinidad and meet with them face to face and iron out the remaining problems," he urged.

While addressing journalists yesterday at a press conference at the Ministry of Foreign Affairs and Foreign Trade in New Kingston, Johnson Smith attributed the significant decline in Jamaicans who had been denied entry into Trinidad to consistent work between the governments of Jamaica and Trinidad.

The minister also reported that since the start of the year, her ministry had only received one formal report in February of denial of entry from a Jamaican national in Barbados.

She said that the ministry has commenced investigation into that report.

"All of the parts have come together, bilateral, individual, and from being better informed as well as the meeting of commitments by the Government of Trinidad in terms of training their immigration personnel, in terms

of preparing comfortable and acommodating surroundings for persons who might be denied or delayed entry into Trinidad," she told journalists.

In January, Johnson Smith reported that up to March 2016, an average of 49 Jamaicans per month were denied entry into the twin-island republic.