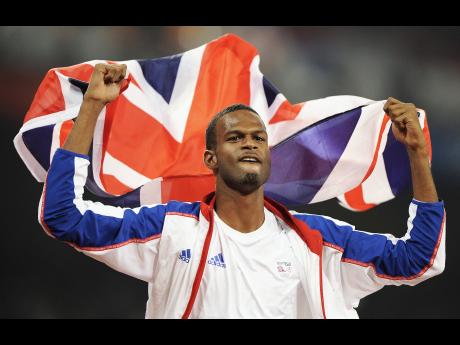 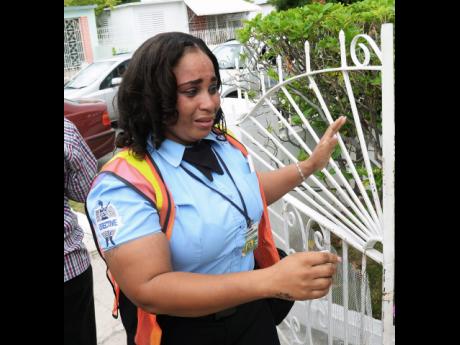 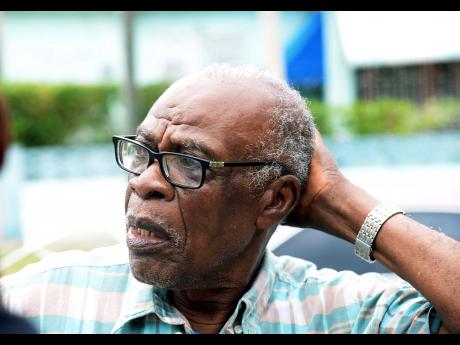 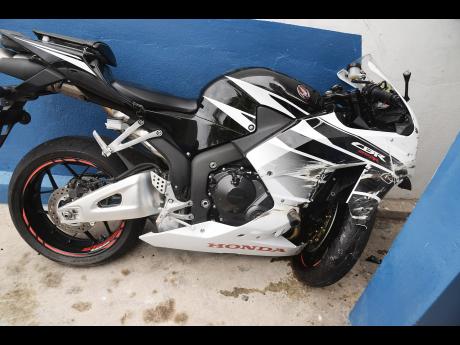 With tears streaming down her face and a voice filled with anguish, a distraught Davia Mason recounted how she had travelled past the ill-fated accident site and had seen the damaged motorcycle but was oblivious to the fact that it was, in fact, the scene of the tragedy that had taken the life of her beloved cousin two hours earlier.

Clad in her branded work attire, the 34-year-old Norman Manley International Airport employee was en route to work in a bus about 6:30 yesterday morning when she glimpsed the scene of the accident, which was later revealed to be where retired Jamaica-born high jumper and Olympian Germaine Mason, also 34, died.

"When I got to work, my co-workers were saying is Usain Bolt friend named Germaine, but I said to myself, 'No, sah! It couldn't be my Germaine because him deh a foreign.' Is when my friend come call mi and sey mi cousin dead it hit mi, and I just broke down, crying," Davia told The Gleaner at the family home along Driftwood Drive in Harbour View, St Andrew, where Mason grew up and evolved into an athletic prodigy.

Dressed in a black T-shirt and blue jeans pants, Mason had just left the I Love Soca party on the Kingston waterfront, where he had been in the company of triple Olympic champion Usain Bolt, retired footballer Ricardo 'Bibi' Gardner', Olympian Michael Frater, and other close friends.

According to reports, at approximately 4:20 a.m., Mason was travelling along the Norman Manley Highway when he reportedly lost control of the Honda CBR600RR sport bike he was riding and crashed at about 100 metres south of the Harbour View roundabout.

One foot of the red sneakers he was wearing was found about 60 metres from his body.

Police on the scene said that Mason's injuries were primarily to the head.

Head of the Police Traffic Department Senior Superintendent Calvin Allen said that Mason was not wearing a protective helmet, while the Harbour View police stated that speed and alcohol might have been factors.

"God knows best," uttered 87-year-old Eric Mason, the Olympian's grandfather, adding that he had now lost four relatives in the space of a year.

He described his grandson as brilliant in his formative years as a student of Harbour View Primary and later, Wolmer's Boys.

The elder Mason recalled: "He loved sports even then, and when he introduced me to (coach) Stephen Francis as a teenager, I encouraged him to continue under his leadership. He said to me: 'Daddy, I'm going to be a world champion,' and I said, 'Yes, my son,' and I continued to pray for him. I saw him last year at my birthday celebration at Golden Bowl Restaurant, and he would call me to check up every now and then as both his parents reside in England."

A somber mood blanketed the front yard of the family home and spread quickly as more family and friends arrived.

Some persons spoke in hushed tones on cell phones or among themselves, while others gazed into space for lengthy periods, everyone trying to come to grips with the reality of the situation.

One street over at the home owned by Mason's mother, longtime family friend Janette Durrant reflected on happier times.

"He was very soft-spoken. Once I heard the footsteps on my roof, I knew it was Germaine. I would say, 'Germaine, come off the roof!' and him just jump off. He never opened the gate, he jumped over it," the teary-eyed 48-year-old shared.

Before migrating to the United Kingdom, he trained with the Stephen Francis-coached MVP Track Club, but in 2006, he switched allegiance to represent Great Britain. He won the silver medal in the men's high jump at the 2008 Beijing Olympics.