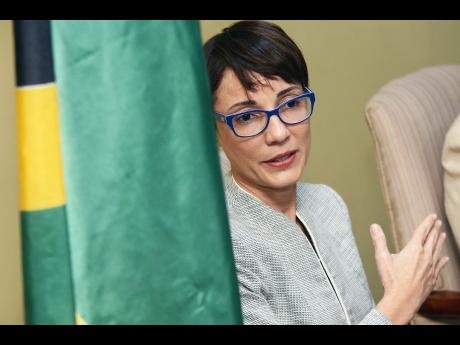 Minister of Foreign Affairs and Foreign, Trade Kamina Johnson Smith, has dismissed claims by her opposition counterpart that the Government is paying lip service to Diaspora related issues.

Addressing journalists at a press conference yesterday at the ministry on Dominica Drive in New Kingston, Johnson Smith said that Diaspora engagement was a significant part of the Government's domestic and foreign policy, adding that "this is not lip service".

She revealed that a new Diaspora Department has been established within the Diaspora, Protocol and Consular Division of the ministry.

This taskforce will play a key role in reviewing the institutional framework proposed in the National Diaspora policy.

The foreign affairs minister said the draft policy was now under review.

"I want to assure Jamaicans here and abroad that the ministry is dedicated and committed to ensuring that the policy is completed and we are treating it as a serious matter," she said.

In relation to the Jamaica 55 Diaspora conference, Johnson Smith said hundreds of Jamaicans overseas would return home "to share in our vision and renewed energy of redeveloping Kingston and recognising it as the great capital city that it is."