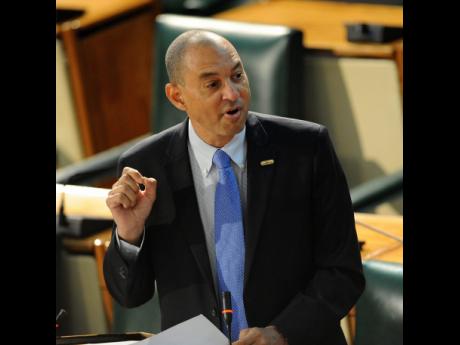 An amnesty to collect $234 billion in tax arrears should be implemented, argued government Senator Don Wehby in the Senate yesterday, which approved legislation to legalise the revised property tax regime.

"The minister of finance (Audley Shaw) has stated that the Government has no intention of taking away anyone's property because they are facing financial or other hardships. I support this position," the GraceKennedy chief executive officer said. "I believe that an amnesty for the collection of tax arrears similar to the one done for outstanding traffic tickets should be pursued to get persons to regularise their status."

The Government collects about $6 billion annually from property tax and was hoping to get an additional $4 billion under the revised system. But following significant public outcry, Shaw was forced to announce lower rates than what was implemented on April 1. That reduction cut the additional projection to $2 billion.

For almost five hours yesterday, senators debated amendments to the Property Tax Act, with government and opposition members sticking to their partisan positions.

Mark Golding, the leader of opposition business, proposed that the legislation include a provision to cap increases to no more than 15 per cent of the amount of taxes property owners paid in a previous year.

His government counterpart, Kamina Johnson Smith, rejected it, though, saying the legislation before the Senate was not the appropriate one through which to do that, and that though it is worth considering, it could introduce problems.

Legislation legalising the imposition and collection of property tax since April 1, 2013 until the amended Property Tax Act comes into effect was also debated.

On that, Golding suggested that a provision be included to make it legally binding for the refund of any overpayments.

Johnson Smith, however, said she was advised by tax officials that it was not the "practice" to use legislation to implement refunds and that such actions were at the discretion of the authorities.

Golding was not satisfied: "I hear all this thing about discretion, but all discretion has to be grounded in law."

The House of Representatives has already approved the bills.