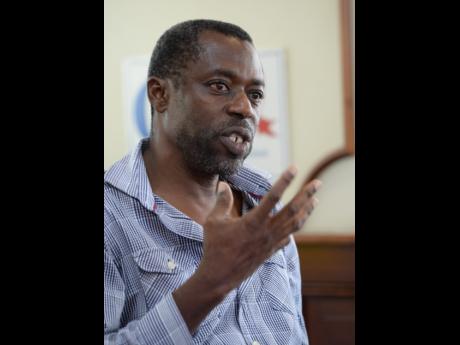 Gangs are menacing neighbourhoods all across Jamaica.

Some gangs have targeted high schools to recruit the next generation of killers. This was revealed to a Fourth Floor panel, assembled to look at violence and its effects on society, particularly the threat to mental health.

Why would a high-school student with the potential to receive a valuable education and to make a worthwhile contribution to society want to join a gang?

One of Jamaica's foremost social thinkers, Dr Herbert Gayle, who has been studying gang behaviour in Jamaica and elsewhere in the Caribbean, knows the answer.

"Young boys, in particular, are getting something from being in a gang, which is missing from their home environment. They get respect and they are given purpose," said Gayle, an anthropologist and University of the West Indies lecturer. And something else: they get nurturing and love from their "new" family.

"Dons are putting money into the pockets of these school children and they are building relationships with them," Gayle told Fourth Floor.

As Gayle laid out the scenario of how gangs target schools depending on their location, depending on who is principal, and the structure of the school, it became obvious that the school environment is making its own unique contribution to the epidemic of violence, which has well-thinking Jamaicans searching for solutions.

Over the years, gangs have wreaked havoc in several communities. Branding themselves with colourful names like the Umbrella gang, the Unruly gang, the One Order gang, and the Klansman gang, the members have demonstrated their brutal ways as they dominate the extortion racket, drugs and gun-running, scamming, and other criminal activities.

Confirming police estimates of more than 200 gangs operating countrywide, Gayle explained that there is a great deal of splintering of the groups.

"What they end up creating are confederations," he told Fourth Floor. And they reach beyond our shores, said Gayle, who knows of at least one gang that has a cell in Brixton, England.

Consultant psychiatrist Professor Wendel Abel has worked with at-risk children who were facing expulsion from the formal school system. He found that they invariably had a history of abandonment and rejection at home. "They are shifted from one caregiver to another, and then comes the abuse," he reported to the panel.

Peace Management Initiative member Berthlyn Plummer understands the dynamic at work in these situations. "When there is a violent incident, perhaps the father and the mother have been killed and the child or children become orphaned, there is nobody.

"After that nine-day wonder when everybody jumps around, the media, that child, or children, is not going to school or goes irregularly. Sometimes they don't have proper living arrangements. The next best thing that comes to them in the community is, perhaps, the gang. The gang leader may provide some breakfast or some dinner."