500 more wanted! - US warns of wave of extradition requests as 8 J'cans are sent to stand trial for scamming 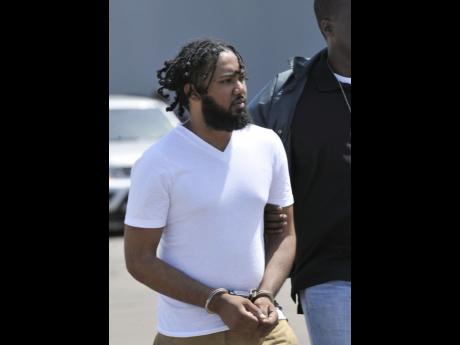 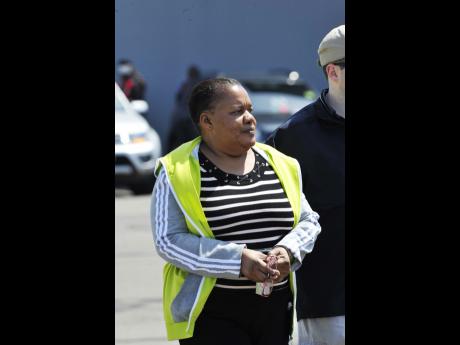 Norman Grindley
Dahlia Hunter and her son, Kazrae Gray, were taken away, too. Another of her sons, Lavrick Willocks, had already been extradited on lottery scam-related charges as well. 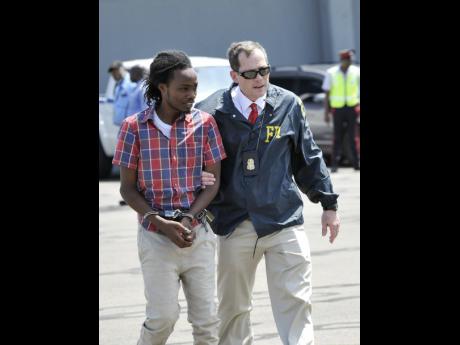 Norman Grindley
One of the alleged lottery scammers who saw the funny side of being extradited to stand trial in the United States. 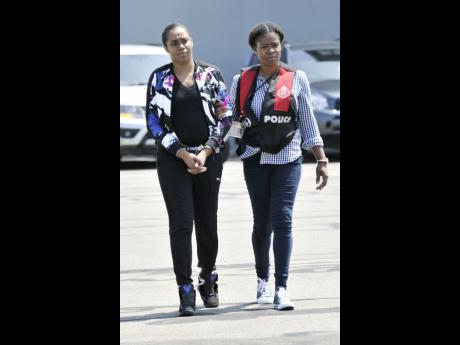 Norman Grindley
Kimberly Hudson, who gave birth while in custody, on her way to face lotto scamming charges in the United States. 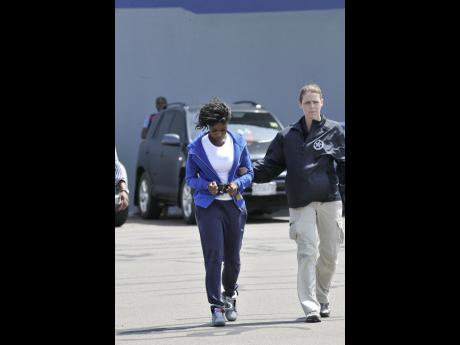 Norman Grindley
Xanu-Ann Morgan being escorted by one of the United States marshals towards the plane yesterday. 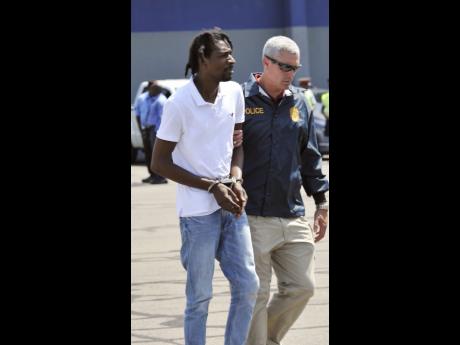 Norman Grindley
An alleged lottery scammer shackled and on his way to face charges in the United States. 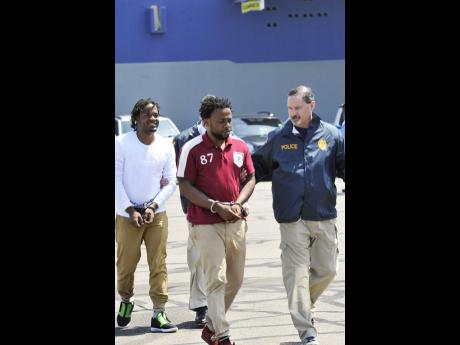 File
Dario Palmer (centre) and another of the alleged lottery scammers (left) off to stand trial in the United States. 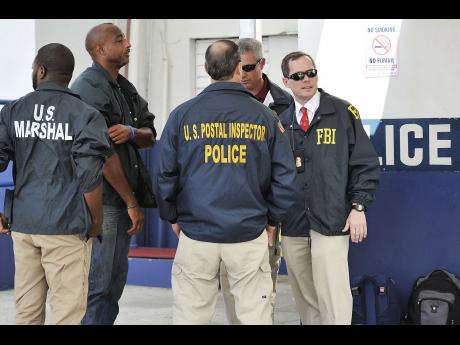 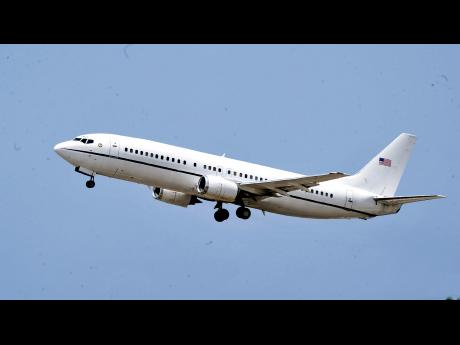 Norman Grindley
The aircraft taking the eight alleged lotters scammers off the stand trial in the United States.
1
2
3
4
5
6
7
8
9

PROSECUTORS in several cities across the United States (US) are getting ready to unleash a wave of up to 500 extradition requests for Jamaicans they believe are involved in the deadly lottery scam.

Joshua Polacheck, counsellor for public affairs at the United States Embassy in Kingston, revealed yesterday that "a few" requests for the extradition of alleged lottery scammers are already with the Jamaican Government and warned that American prosecutors had "dozens" of cases that are "at the extradition stage".

"That means most of them are with US attorneys [offices], getting ready to be sent to the Ministry of Justice," Polacheck said when asked to define the "extradition stage".

Polacheck revealed, too, that Jamaican and US law enforcement agencies were jointly pursuing between 3,000 and 5,000 lottery scam investigations and indicated that as many as 300 cases were at the pre-extradition stage.

"This is just the tip of the iceberg. We expect to see just a steady flow of people going up to the United States to face justice for this crime," he declared.

Jamaica's Justice Minister Delroy Chuck has already declared that there will be no delay in the signing of extradition orders for Jamaicans wanted in the US for lottery scam offences. "All orders that come before me are signed within hours once I read them and everything is in order," Chuck told The Gleaner.

The disclosures by Polacheck came while eight Jamaicans, including a police constable, a mother and her adult son, and a young woman, who has a one-year-old child, were being loaded on to an aircraft at the Norman Manley International Airport, in Kingston, to be sent to the US to stand trial for lottery scam offences.

Constable Jason Jahalal, Kazrae Gray and his mother, Dahlia Hunter, Alrick McLeod, Dario Palmer, Oneil Brown, Xanu-Ann Morgan, and Kimberly Hudson - who gave birth while in custody - are wanted in the state of North Dakota on a 66-count indictment.

They are each charged with one count of conspiracy and attempting to commit wire fraud, 48 counts of wire fraud, 15 counts of mail fraud, and one count of money laundering. According to prosecutors in North Dakota, the eight were part of a criminal organisation led by another Jamaican - identified as Lavrick Willocks - that used an advance fee, or lottery scam scheme, to fleece 80 elderly American citizens of approximately US$5.6 million.

Willocks, who is also Hunter's son, was extradited to the US in January on lottery scam-related charges.

Shackled, handed over to US marshals

Law enforcement sources told The Gleaner that the eight were picked up before dawn at two Corporate Area penal institutions and transported, under heavy police guard, to the police post at the Norman Manley Airport. They were processed and placed in shackles before they were handed over to a team of US marshals in full view of local journalists and a handful of spectators.

Polacheck indicated that American prosecutors have a 100 per cent conviction rate for Jamaicans who are extradited for lottery scam-related offence and predicted that it would be no different with the alleged members of the Willocks organisation. "We are 100 per cent confident that they are going to be spending decades in jail," he said.

The American official revealed, during a press conference on the tarmac of the airport, that yesterday's extradition was the "first step" of a multipronged, multiyear initiative to crush the Jamaican lottery scam.

"This is just the tip of the iceberg. We know that they are involved in other lottery scam cells throughout western Jamaica. We expect them to flip on those cells, and this particular case should result in dozens of more extradition," he said.

Eight more going - Alleged scammers to be extradited to US today
Extradite them! - Eight, including cop and alleged scammer's mom, to face charges in US courts