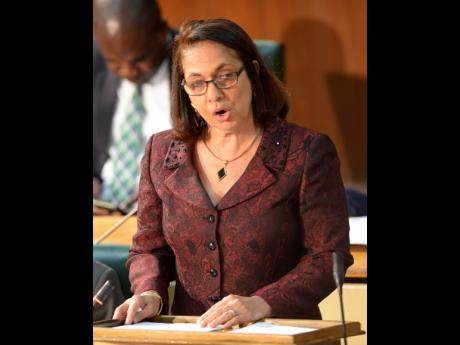 The Ministry of Labour and Social Security has announced plans to carry out a pre-selection exercise for the Canadian and the United States farm work programme from June 26 to July 24, this year.

Portfolio minister Shahine Robinson told members of Parliament yesterday that the exercise would involve pre-selection activities across the country over a four-week period.

However, the ministry has indicated that persons who are interested in the programme should have farming experience to boost their chances of being selected.

For the 2016-2017 financial year, the minister reported that 16,320 Jamaicans benefited from employment opportunities in Canada and the United States. This compares with 14,844 Jamaicans for the 2015-2016 fiscal year.

On another employment-related issue, Robinson applauded the efforts of 83 licensed employment agencies locally, which supported the Government's job-creation thrust.

These agencies, according to Robinson, account for placements of more than 9,000 persons under the Work and Study Programme and the Hospitality Programme in the United States.

Crack down on illegal operators

At the same time, the ministry cracked down on 23 illegal operators during the last fiscal year and reported them to the police.

Robinson said that the ministry was reviewing the Employment Agencies Regulation Act with a view to targeting unscrupulous practices to fleece members of the public. "The scope of the legislation will be widened to include measures to address the various methods being used, such as the Internet, to attract and lure job seekers into fraudulent schemes," the minister disclosed.