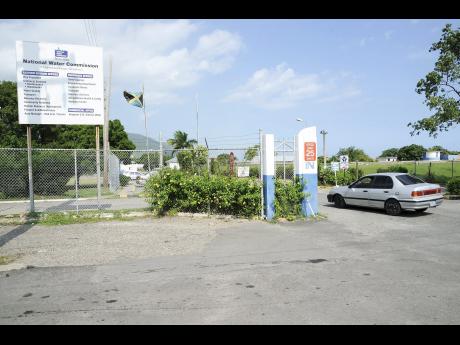 Effective immediately, the National Water Commission (NWC) is to stop charging their customers late-payment (LP) fee on bills for which there are amounts outstanding, as directed by the Office of Utilities Regulation (OUR).

Additionally, the NWC has been ordered to cease the practice of sending multiple bills within a single billing cycle.

The fee was applied although the estimated figure was paid in full.

The OUR said the directive was issued on March 31 and the NWC subsequently submitted information on the issues it said resulted in the erroneous application of the LP fee, along with the steps it has taken to address those issues.

The OUR's investigation into the issue came against the backdrop of complaints received from NWC's customers that the LP fee was being applied to their accounts although their bills were settled in full on or before the due dates.

In 2016, the NWC advised the OUR that it had temporarily halted the application of the LP fee.

However, without notifying the OUR that the issues affecting the LP fee programme were completely resolved, the NWC announced, through an advertorial on 2017 February 26, that it had resumed the programme.

As it relates to the practice of issuing multiple bills in a single billing cycle, the OUR stated that such would only serve to perpetuate the erroneous application of the LP fee, in that customers may be subject to the LP fee being applied in a billing period although they would have previously settled an initial bill issued by the NWC on or before the due date specified in that bill.

While the application of the LP fee has been suspended until further notice, NWC customers who pay their bills in full and on time should continue to receive the early payment incentive.

The NWC has indicated that it will comply fully with the OUR's directive.