Anguish in August Town - After murder-free 2016, family feud adds to four killings so far this year 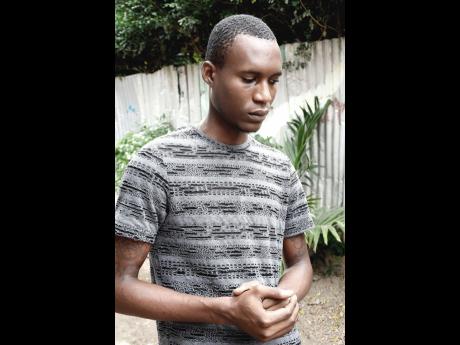 Patrick Planter
Jouvan Wright is a picture of grief as he recounts the death of one brother, allegedly at the hands of another. 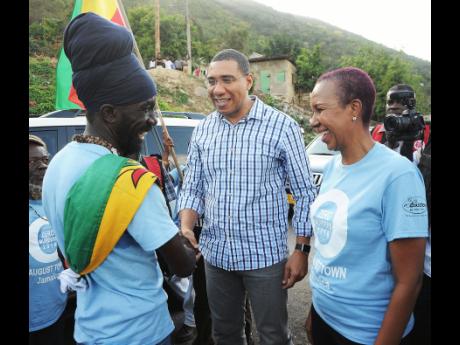 Ian Allen
Prime Minister Andrew Holness (centre) greets dancehall artiste Miguel 'Sizzla' Collins (left), while Member of Parliament for the area Fayval Williams looks on during a peace march in the community at the start of this year. 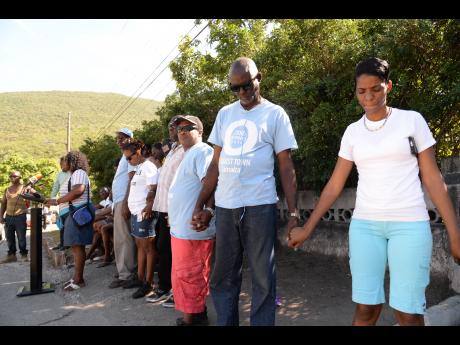 Jermaine Barnaby
Residents of August Town and well wishers praying for peace at the start of this year.
1
2
3

A feud that ripped a family apart in life in August Town, St Andrew, continues in death as grief-stricken relatives take sides following a fatal clash between two brothers.

Police say that 35-year-old Ryan Murray of Bryce Hill Road was stabbed to death, allegedly by his younger brother, during a dispute over a restaurant the two operated.

The brother who is accused of doing the killing was granted bail last week and, ironically, is reportedly among the relatives scrambling to put together money to bury Ryan.

Jouvan Wright, 19, the youngest brother, still cannot accept that a fight between his two older siblings ended in death, but sometimes he believes that it was inevitable.

"Mi can't even explain miself to tell you how me feel about that. It is not now we are living this way. is over the years, and what happen between my two brother them, it didn't just happen so. is how them grow we up in this yard," said Jouvan.

"Things that happened shouldn't have happened, and a lot of things, the family could have put a stop to. If the family was living in unity, it wouldn't have reached here at all," added Jouvan, who is torn between assisting with lawyer money for one brother and asking just about anyone for money to bury the other.

According to Jouvan, the family feud started many years ago after an altercation at their home resulted in one relative losing an eye.

In addition, Ryan, the brother who is now dead, spent the past 14 years in prison on a murder charge. After he was released last October, Ryan reportedly locked horns with almost every relative as he complained about how they treated him while he was incarcerated.

Since Ryan's death, some family members have lined up behind him, angry that he was killed by his younger brother, but others seem to think that he had it coming and argue that he might have been killed by a sibling who was only defending himself when they clashed in their restaurant on the evening of March 20.

But after interventions by several groups and individuals, the community celebrated its first year in decades without a murder in 2016.

Since the start of this year, there have been four murders in the community, with the police labelling all four as domestic disputes.

According to Inspector Stephen Taylor, commanding officer of the August Town Police Station, this is why so much attention has been allocated to quelling domestic disputes.

"The entire force has been looking into domestic abuse. We need to take certain proactive measures to deal with those," Taylor told The Sunday Gleaner.

"We are trying to encourage persons to take different routes of action when they have domestic disputes because of these killings.

"So we will use these killings as examples to show them how domestic disputes can end when it is not dealt with," added Taylor.

He said that except for the domestic violence, August Town had not seen any other major crimes since January 2016.

According to Taylor, all the homicides committed in August Town this year have been solved. He added that the main suspect in the shooting of 25-year-old Damian Lewis near Bedward Crescent - the first person murdered this year on January 15 - was later killed by gunmen in the gritty Kingston West Police division.

The second incident happened in February when a man stabbed his neighbour during a dispute over land. That suspect turned himself in, holding the murder weapon.

The third incident happened on February 27 in Rabbit Lane, where Trevor Gray was murdered.

"Trevor Gray used to go to this bar where they say a group of women hang out. He took one out at a party and reportedly tried to rape her. He didn't get through. She jumped out of the car and escaped," said Taylor.

"Sometime later, he (Gray) was invited back to the bar, where he was beaten and shot," added Taylor. Two women have been arrested and charged in connection with that killing.