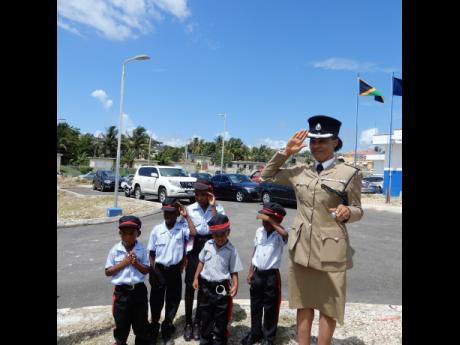 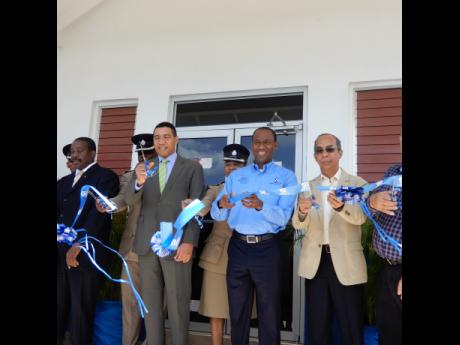 Cecelia Campbell
Prime Minister Andrew Holness (second left) leads the team in the symbolic cutting of the ribbon to signify the official opening of the Longville Park Police Station.
1
2

Last Friday morning, it was a twofold blessing for the Clarendon community of Longville Park as the long-promised police station was officially commissioned into service and ground was broken for the scheme.

Residents of Longville Park have long called for a police station in the community after a spate of break-ins and other criminal activities started to plague the area.

Rudyard Spencer, member of Parliament for South East Clarendon, in which the community falls, spoke about the suffering of the residents.

"After the months of fighting along with the Citizens' Association, walking, going to Kingston, the only thing left for us to do was to demonstrate. Now we have lived to see our dream come true in having this wonderful building," said Spencer.

For Minister of National Security Robert Montague, the new station falls squarely within one of the five pillars that the Government is pursuing in dealing with citizens safety.

"Part of that objective is ensuring that when we have large new communities of 400 units and above, space is made for a police post and at least a CCTV system to enhance the citizens' safety and security," Montague told the gathering, which included officials of the National Housing Trust, which financed the building.

Montague urged residents to take great care of the facility, reminding them that while cops would "come and go" at the station, they would be remaining in the community.

Prime Minister Andrew Holness, in his address, stressed the need for a greater security presence in all communities.

"Security is an integral part of community development. Communities cannot develop, they cannot grow, they cannot sustain themselves if security is absent," said Holness.

With the formalities, including the ceremonial cutting of the ribbon, out of the way at the police station, Holness led the team to a nearby area where 85 housing solutions - 43 studios and 42 service lots - are being developed as Phase 2A of the Longville Park Scheme.

There, Dr Horace Chang, who has responsibility for housing in the Ministry of Economic Growth and Job Creation, indicated that more investments would be headed to the Longville Park area of Clarendon.

"There is a significant amount of property around this area over which the Government ... has control, and, therefore, there will be much more development coming to this area," said Chang.