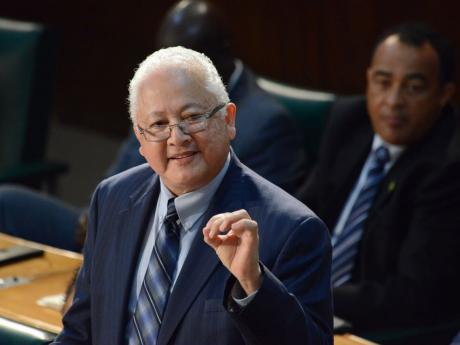 Chuck ... many of the laws have never been changed and many still have imperial measures, which should have been changed decades ago.

Parliamentarians may have to meet three times per week to update 600 laws with outdated penalties and fines.

That's according to Justice Minister Delroy Chuck, who was making his contribution to the 2017/2018 Sectoral Debate this afternoon in the House of Representatives.

Lawmakers admitted being left embarrassed last month when Tesha Miller, a reputed gang leader, was fined a maximum $100 after pleading guilty to violating an immigration law passed in the 1940s and last amended in 1988.

Chuck told parliament that the Legal Reform Department of his ministry has found 600 pieces of legislation whose penalties and fines need to be updated.

"Many of the laws have never been changed and many still have imperial measures, which should have been changed decades ago," he said.

The imperial system was introduced when Jamaica was a British colony and measured things in feet, pounds and inches.

Jamaica formally switched to the metric system in the 1970s.

Chuck said he was "warning" legislators that they may have to meet three days per week to consider the changes.

The House of Representatives now meets twice per week.