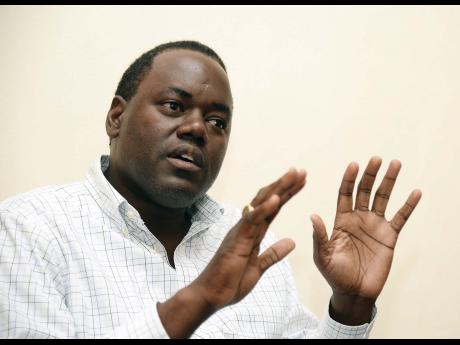 Setting his sights on reversing the fortunes of the People's National Party (PNP) in St James, where the party lost two seats in the February 25, 2016 general election, newly appointed Deputy General Secretary Basil Waite said his first order of business is to re-engage the various groups that traditionally supported the organisation.

The ruling Jamaica Labour Party (JLP) has a stranglehold on four constituencies in St James, with the exception of St James Southern, where the veteran Derrick Kellier barely survived in the last national polls.

Highlighting groups such as "teachers, farmers, nurses and persons involved in the trade union movement", Waite said the party had to do a better job of engaging them, and to reach out also to persons in the creative industries.

"In a sense, we have fallen off in that bloc of support, that alliance that led to the formation of the PNP and has been its sustenance. We need to build that alliance and have a big-tent approach," the deputy general secretary reasoned.

A former government senator, Waite said there was a need for the party to spearhead a "massive replenishment, retraining, reorganisation and political education of our workers.

"I think we need to undergo and undertake an expansive recruitment programme to fill out our middle tier of leadership and train them in what the People's National Party is about and what our mission of transforming Jamaica is about," Waite told The Gleaner in an interview.

He said the party needs to prepare a nursery of leaders who are ready at any given moment to give service at the local or national levels.

With no immediate political ambition to be the party's standard-bearer in the next general election, Waite, who was appointed deputy general secretary on Sunday, said he is satisfied with being the foot soldier for General Secretary Julian Robinson to ensure his and the party's mission is successful.