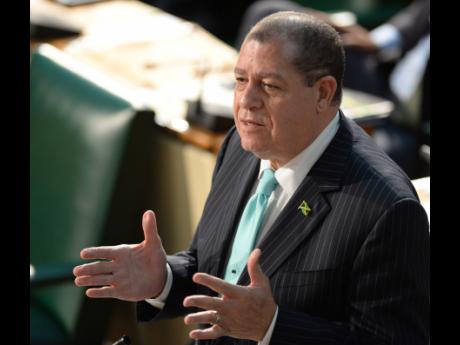 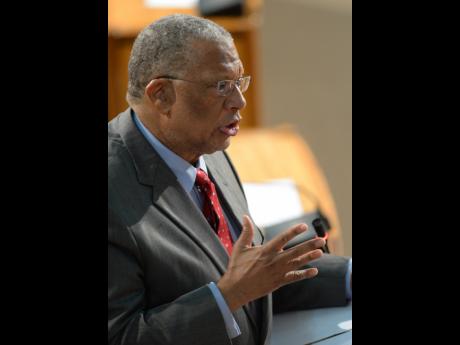 Finance and the Public Service Minister Audley Shaw says that he is prepared to examine a suggestion to re-establish the tax committee of Parliament to review the administration's tax measures before they are announced.

His comments came on Wednesday in the House of Representatives during debate on the Provisional Collection of Tax (General Consumption Tax) Order, 2017.

Dr Peter Phillips, opposition leader, had called for the resumption of sittings by the tax committee, noting that predictability in the tax regime was arguably the most desired characteristic sought by both domestic and foreign investors.

"We have to embrace the opportunity to calibrate a tax policy so that it doesn't cause unnecessary shocks and surprises in the system, which is anti-business in terms of business-planning purposes," Shaw responded.

He told his parliamentary colleagues that the Government was on an irrevocable path to moving from direct to indirect taxation.

"We have to bear in mind that indirect taxation measures are going to mean more indirect paths to maintaining our revenue. A small amount from a larger number of people is where we are going," Shaw insisted.

Phillips conceded that respective administrations had imposed taxes on the country "by surprise" over the years. He said that investors operate in a global market where prices for various commodities were set years in advance.

"Most jurisdictions have moved beyond that, and so I want to urge that we consider utilising the committee on tax measures, or some variant that would enable us to look to project down the track what your revenue needs are, what your options are, as we go forward."

Members of the parliamentary Opposition did not support the tax measures recently announced in Parliament, and as such, Phillips said that their positions remained unchanged in relation to the Provisional Collection of Tax (GCT) Order.