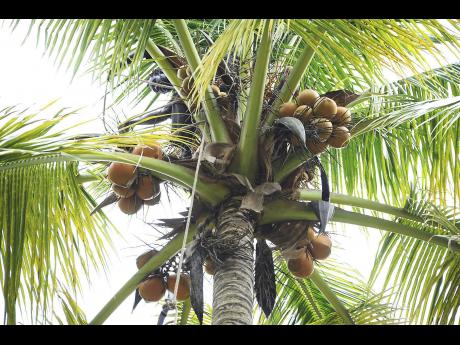 Coconut farmers from across the island will be seeking clarification on the role of their new organisation, the Coconut Growers Industry Board, which is the successor entity to the Coconut Industry Board, whose regulatory functions have been ceded to the Jamaica Agricultural Commodities Regulatory Authority (JACRA).

The JACRA is an umbrella organisation which now replaces individual crop commodity boards. Following Governor General Patrick Allen's signature on March 14, JACRA will take over the functions of the Coffee Industry board, the regulatory function of the Cocoa Industry Board and the Coconut Industry Board, as well as the export division of the agriculture ministry, which deals with spices such as nutmeg and pimento.

For this reason, registered coconut growers are expected to turn out in large numbers for today's annual general meeting at the Jamaica Conference Centre, where they will be given an update on how this fundamental change will affect them.

Donovan Stanberry, permanent secretary in the Ministry of Industry, Commerce, Agriculture and Fisheries, offered some insight.

"JACRA will manage a licensing regime for the export of all those commodities, so people will have to satisfy certain conditions before they are issued licences to export. In the case of cocoa, right now, under the old Cocoa Board Act, only the Government could export cocoa. Government has removed itself from that now, so we set up a licensing regime for those people who want to export cocoa. They will have to meet criteria and standards and, as with the coffee board right now, where all exporters have to pass their coffee through the board to certify the standard, the same thing will happen for all the commodities, through JACRA," he told The Gleaner.