Should Walker walk? - Cabinet to consider Danville's position on Gov't boards in wake of conviction 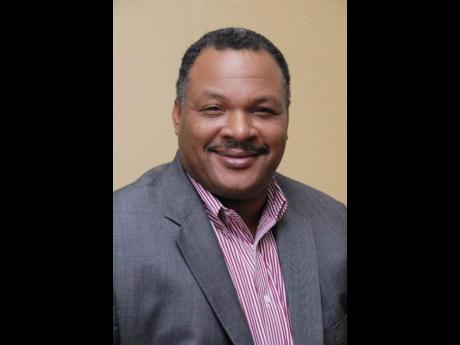 Tensions reached boiling point in the Upper House yesterday when Opposition Senator Lambert Brown questioned why the Government has not asked Danville Walker to resign as chairman of Jamaica Customs after being convicted of breaching the Contractor-General Act.

The Government's chief spokesman, Senator Ruel Reid, told The Gleaner in a subsequent interview that Walker had indicated that he would appeal the decision of the Parish Court.

He said, however, that the matter was not brought before Cabinet, which had responsibility for Walker's appointment. "I don't believe the Cabinet has had the matter brought to it for its consideration, so that will be a matter that I will raise with Cabinet to indicate a position," said Reid.

"These things happen and the Government can't respond to every issue that arise in the time that everybody would expect it to because there are processes to be followed in these matters, so I will raise it and we take a position," he stressed.

Debating the Defence (Amendment) Act, 2017, which, among other things, will establish an arm of the Jamaica Defence Force to be known as the Jamaica National Service Corps, Brown pointed to a provision in the bill which states that persons recruited to this body could be punished for breaching rules.

"I ask with all sincerity: How can a government bring a bill here to punish people who are being recruited to join the army when the Government itself has no problem with people convicted in the courts for breaching the contractor general's law and remain as head of the board of a government agency and an important agency like Customs. It raises double standard, it raises moral authority," Brown contended.

"So why has Danville Walker remained as head of Customs and deputy head of the Trade Board having been convicted in our court," Brown questioned, adding that this would undermine the Government's moral authority to punish other people.

Responding to Lambert Brown's pronouncements, Senate President Tom Tavares-Finson charged that Leader of Opposition Business Senator Mark Golding, former president of the Senate Floyd Morris, and Brown are "well aware of the convention that we operate in the Senate; that we do not misuse the privilege that we have to come to this Senate or the Parliament and speak freely".

"There is a convention that we do not attack people, call up dem name when they are not available to defend themselves in the Senate," Tavares-Finson maintained.

The Senate president castigated Brown, saying he was disappointed that the senator called Walker's name when the Customs chairman was not present to defend himself, adding that he had indicated that he would appeal the court's decision.

Brown charged that Tavares-Finson was attempting to protect Walker, but the Senate president hit back saying the opposition senator's comments were unfair.

Tavares-Finson urged his opposition colleagues to peruse the Standing Orders (35:2), which state that "reference shall not be made to any matter on which a judicial decision is pending in such a way as might, in the opinion of the chair, prejudice the interests of parties thereto".

The Defence (Amendment) Act, 2017, was passed with one amendment.