Samuda, CIB hostilities escalate at AGM! - Coconut growers adamant government will not get $5b from Seprod-held shares! 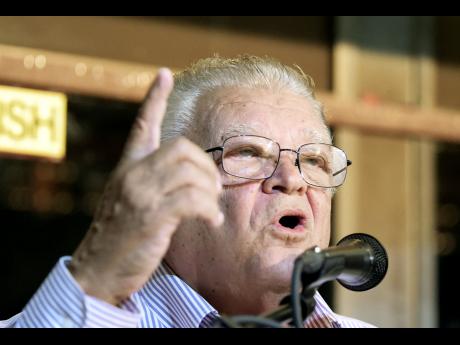 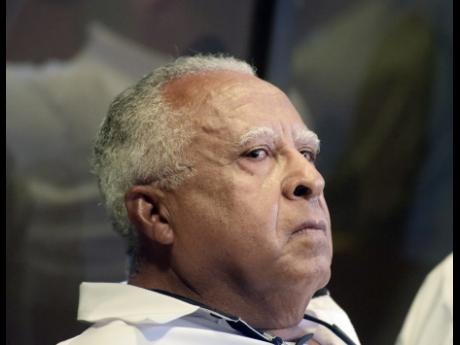 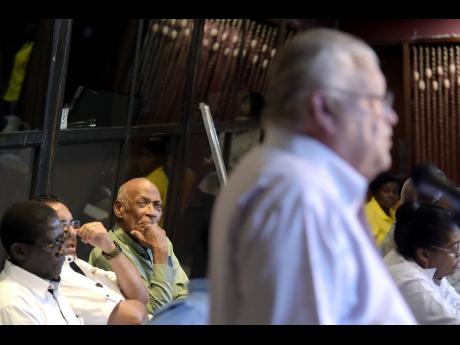 Not for the first time, Minister of Industry, Commerce and Agri-culture Karl Samuda has clashed with the cash-rich Coconut Industry Board (CIB) over the entity's $5 billion worth of shares it holds in Seprod.

The latest clash played out yesterday at the annual general meeting (AGM) of the CIB at the Jamaica Conference Centre in Kingston.

Samuda, seemingly fuming following a meeting last Wednesday involving himself, Finance Minister Audley Shaw and some members of the board, was the first to land verbal blows this time around, unlike the last AGM when the farmers rained blows on the minister.

Calling the board "lazy", Samuda said it did nothing to earn the billions in surplus being held by Seprod.

"You are intelligent people (so) you should ask yourself the question: who owns those shares? You may say it is the CIB, but who are the CIB? You certainly could not identify a handful of people and say they own $5 billion worth of shares that started from 19 whenever," declared Samuda.

"Because that is what some people are trying to project, that the board represents the industry. ... How would you identify who would get what? So common sense alone dictates that as we are today, we find a mechanism that can be equitable, fair, transparent and offers protection for you, the actual growers of coconut," added Samuda.

According to the minister, since he was appointed to the Cabinet, he has been asking for a "plan" from the board, which he has yet to receive although it was promised within 30 days of the last general meeting.

The minister did not acknowledge that a strategy was presented by the board, and it was left to CIB Chairman Christopher Gentles to say a business plan was what was required.

Coconut farmers in the audience listened attentively during Samuda's 31-minute cuss-out, with one farmer shouting that "board must answer up", as board members on the platform listened in stony silence.

- face moved from angry to angrier, and Sandra Ennis hissed from time to time.

"The minister stated about the $5b worth of shares being held at Seprod. He spoke about the interest that we earn from Seprod ... the CIB has a seat (three) on the Seprod board. They agitate for better dividends over the years.

"The CIB was 100 per cent owner of Seprod shares. When they saw it fit to sell some of their shares to move the company forward, they sold shares to some entities, they gave shares to coconut growers, that was how they got benefit directly out of Seprod," Marsh told the meeting.

He said CIB uses its dividends from Seprod for the running of the board, and he declared that the board has never received "any subvention from Government".

Marsh defended the CIB as he outlined the numerous ways it gives back to the farmers, and "today, right now, RADA is not able to give gas to its extension officers".

"We are not going to sell the shares," declared Marsh, as others quietly repeated their pledge that over their "dead bodies" would the shares be sold and the money handed to Government.