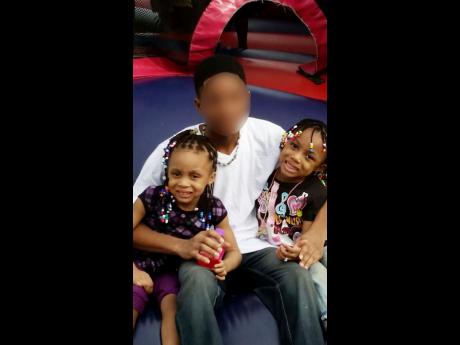 Up to late yesterday, police investigators were still struggling to put together the sequence of events which ended with two young sisters dead, their 15-year-old brother being questioned and their mother getting medical help.

So far, the police have identified the dead sisters as five-year-old Rosrick Deviana King and four-year-old Rosricka Devrickaye King. The brother is a student at a St Andrew-based high school.

Late yesterday, police investigators told The Sunday Gleaner that about 2:30 p.m. Friday, the mother, 36-year-old aesthetician Rosden Hewitt, left the two girls with their 15-year-old brother at their Gilmore Drive, Kingston 20, two-bedroom apartment and travelled to Ocho Rios, St Ann, to do business.

About 6:45 yesterday morning, the boy called his mother in Ocho Rios to say that his sisters were motionless and bleeding from their nostrils and mouths.

The toddlers were rushed to the Bustamante Hospital for Children by an aunt, but they were pronounced dead shortly after 7 a.m.

Hospital officials summoned the police and investigators arrived to see the two girls with frothy mucus and blood gushing from their nostrils and mouths.

The investigators say based on preliminary examinations conducted by the doctors, the cause of the deaths is suspected to be strangulation. But this is to be determined by a post-mortem.