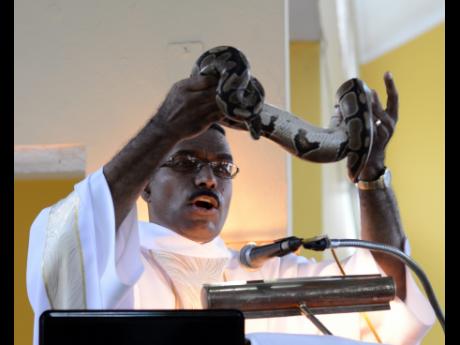 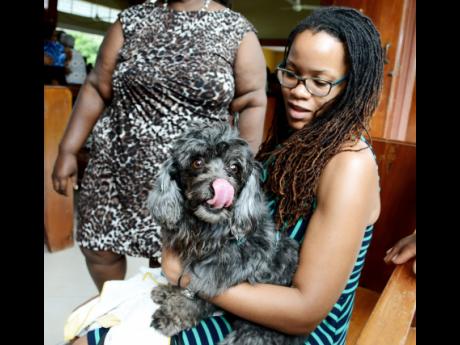 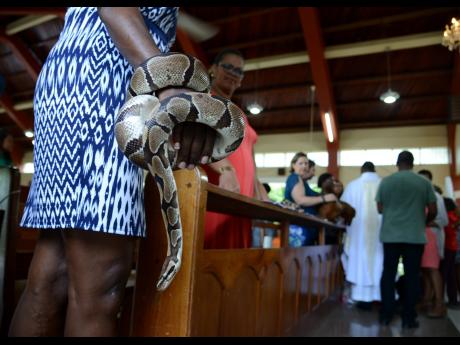 Alongside the blessing of humans, the popular Christ Church in Vineyard Town, Kingston, used yesterday's service to bestow God's grace upon animals.

The church was packed yesterday with pets of all kinds, from dogs to snakes, all turning out with their owners to be blessed.

Rector and rural dean of Kingston, the Reverend Sean Major-Campbell, delivered the sermon, in which he highlighted that very little is done to protect Jamaica's animals, and stressed, by quoting Mahatma Gandhi, that the greatness of a nation can be judged by how its people treat animals.

"Every time I hear of a cruel killing of an animal, or I see the carnage in our streets, because animals are just let loose, I am reminded of the wise words of Gandhi. The greatness of a nation and its moral progress can be judged by the way animals are treated."

He continued: "We often speak of prejudice against fellow human beings, but one of the victims of prejudice in our world is domestic cats. Isn't it interesting that we treat animals the way we do human beings?"

Major-Campbell also attempted to convince naysayers that the animals deserved to be blessed, saying that he successfully conducted a similar kind of service in the Cayman Islands.

"One interesting thing about many domestic pets is that they seem to know who to trust. They seem to also have a certain emotional intelligence that human beings are too arrogant to acknowledge.

"In preparation for this service, some persons asked if it was really true. Some wanted to know how it would work with pets in the church. The last time I had a service with animals, it was on the step of [the church in the] Cayman Islands, when there was a spate of animal poisonings. In an effort to sensitise awareness and compassion for our fellow creatures, this service was planned," Major-Campbell said.

The service, at which representatives from the Hope Zoo, the Jamaica Society for the Prevention of Cruelty to Animals, and the Jamaica Veterinary Medical Association were present, was intended to bring attention to the plight of abused animals and the value of pets to human lives.