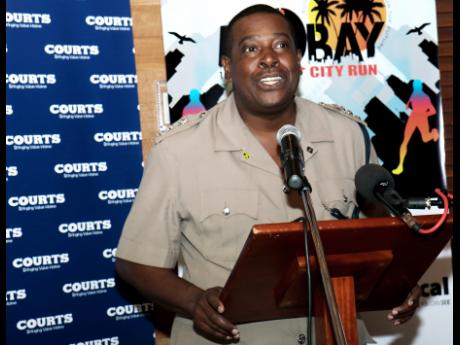 Deputy Superintendent of Police Gary McKenzie, the operations officer in charge of the St James Police Division, said the three gangs involved in the recent flare-up of violence in the Melbourne and Quarry communities in the parish have been identified.

According to McKenzie, police intelligence has revealed that the violence, which has resulted in the killing of several persons, is a result of a battle for turf and spoils from criminal activities.

While stating that some of the victims of the violence are persons involved in crime, he also noted that some innocent persons have also been suffering at the hands of the marauding gangsters.

"I want to tell all the citizens of Melbourne and Quarry that we (the police) know what is happening and we know the players that are actually causing the mayhem," said McKenzie. "We are going after them with a view of making your communities safe again."

McKenzie also spoke out about the hidden hands that were facilitating the criminals and persons who were harbouring them in the communities.

"I want to encourage the citizens not to harbour these gangsters in their communities," he declared. "In addition to the danger of having them around, you harbouring a criminal by itself is an offence, so doing so will not help you in the long run."

He added, "These gangsters are prepared to kill anyone, at any time, so in harbouring them, residents are putting their lives and the lives of their families at risk."

According to McKenzie, the police have been carrying out extensive operations and patrols in Melbourne and Quarry, and will continue to do so until the communities are free from the gangsters.

"If they (residents) do not feel that they can go to the local police station, then they should use the various channels that are available, like 311, 811 and the Stay Alert app," said the deputy superintendent. "As we assure residents by being visible, we will continue to be doing some targeted operations and other activities to bring the situation under control."