But you broke the law! - Christie says of politicians hailing highway deal 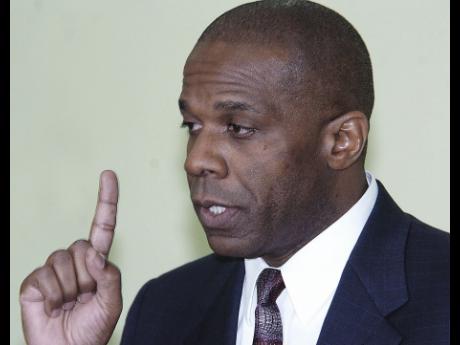 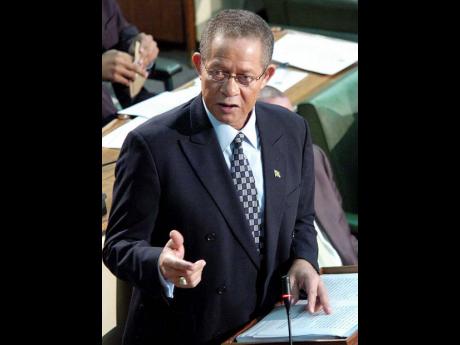 Greg Christie, the contractor general in 2012 who battled the then People's National Party (PNP) administration to monitor the US$720 million North-South Highway contract, said that though politicians on both sides are insisting that it was a good deal, the law was broken to facilitate it.

Fresh controversy over the deal broke last Wednesday after Ivan Anderson, managing director of the National Road Operating and Constructing Company, told a parliamentary committee that there was no valuation of the identified 850 acres of lands out of a total 1,200 acres to be given to the Chinese firm constructing the highway.

A group of local engineers and architects, as well as civil society advocates, expressed shock at the revelations, with some saying that they were always suspicious of the 50-year concession agreement signed in June 2012 between the Portia Simpson Miller administration and the China Harbour Engineering Company (CHEC), which was shielded from pre-agreement oversight.

Jamaica offered the lands (200 acres at Mammee Bay, St Ann; and 650 acres at Caymanas, St Catherine) as incentive instead of putting up cash, which authorities maintain ensured that Jamaica had no financial obligation. The lands must be developed within 25 years or revert to Government.

Opposition Leader Dr Peter Phillips, who was finance minister at the time the deal was struck, on Tuesday, contradicted Anderson's statements. According to Phillips, the Urban Development Corporation (UDC)-owned lands were valuated and are worth about US$44 million. K.D. Knight, the UDC chairman between April 2012 and March 2016, has said that his insistence led to the valuation and compensation process.

Phillips came into the spotlight after Dr Omar Davies, the then transport and works minister who co-signed the deal, said that the Ministry of Finance was responsible for the valuation.

Former Jamaica Labour Party Leader Bruce Golding, who was prime minister between 2007 and 2011 - the period when the North-South Highway negotiations with China Harbour Engineering Company (CHEC) started - has joined Dr Peter Phillips in saying that the agreement, which included a range of tax exemptions for the construction of the toll road that runs from Caymanas to Mammee Bay, was good for Jamaica.

"The deal had to be structured in such a way to make the highway possible," Golding said in a Nationwide News Network interview yesterday. "I am satisfied that sufficient safeguards were put in the deal to ensure that its objectives, not just in terms of the highway, but in terms of the investments and employment creation that would result from these investments, would take place."

Golding said that he was "shocked" at the non-valuation disclosure but was later "reassured" when the People's National Party president said otherwise.

Meanwhile, former Contractor General Greg Christie is arguing that it should not be ignored that the Government broke its own laws to facilitate the highway development.

Omar Davies announced in Parliament in 2012 an independent body to monitor the highway contract, a move widely seen as sidestepping the Office of the Contractor General (OCG). The then transport and works minister also took the OCG to court over requisitions and lost, but by then, the deal was almost one-year old.

The OCG, which said last week that it was intensifying its probe, had concerns from the beginning with the fact that the Government awarded CHEC the contract without a competitive tender.

"My perspective on any Government of Jamaica contract is whether it was subjected to the checks and balances that are prescribed by law. This deal was not," Christie said on Twitter yesterday.

He added: "Information regarding the terms of the agreement was lawfully requisitioned under the Contractor General Act, and the ruling administration broke the law by refusing to provide it."

Finance Minister Audley Shaw is due to address the issue in Parliament.

The Urban Development Corporation, owner of the lands in question, has been silent on the matter and is yet to respond to questions sent by The Gleaner.