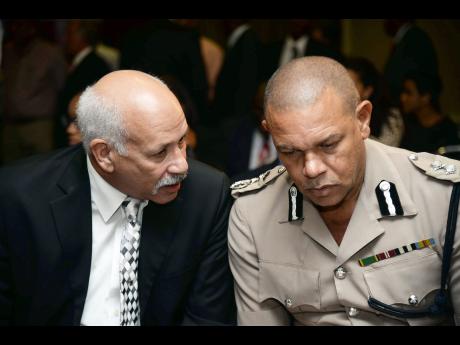 Bemoaning the fact that Jamaica is too overrun with illegal firearms that end up in the hands of young men who are more than willing to shoot and kill, Deputy Commissioner of Police Clifford Blake wants the Firearms Act amended as soon as possible to stem the appetite for guns.

As one of the panellists at the Guardsman Group Ltd's security forum yesterday at the Knutsford Court Hotel in St Andrew titled 'Our Nation's Security - A Private and Public Sector Partnership', Blake sided with former Police Commissioner Owen Ellington, who long ago recommended that the mandatory sentence for gun possession be 15 years.

"Jamaica is awash with guns. The appetite for guns in Jamaica is stronger than, maybe, cell phones or phone cards. Every young man in some of these communities wants to have a gun. When a shipment of guns comes in from Haiti, there are more buyers [than there are guns]. Persons are actually waiting on them, and unless we can find some deterring effect to cut this appetite for guns, we are going to have serious problems because we have too many willing users and we have too many guns," Blake stressed.

"Years ago, Mr Ellington, when he was commissioner of police, several times said that stronger sentences for gun offences [must be put in place]. I remember him saying that there should be a mandatory sentence of 15 years, and I support it."

Blake also wanted informal settlements eradicated for their role in making policing difficult. While stressing that public cameras could be of big assistance in the fight against crime, he said that the illegal settlements would make this difficult.

"I went to a seminar recently, and it was estimated that approximately 37 per cent of Jamaicans reside in informal settlements. There is no structured roadway, and there is no address. That is why when the proposal was made to have cameras on street lights, that would be great, but when a man gives you his address as Flankers or he gives his address as Rose Heights, how do you find that person when you have 37 per cent of your population living in informal settlements?" said Blake.