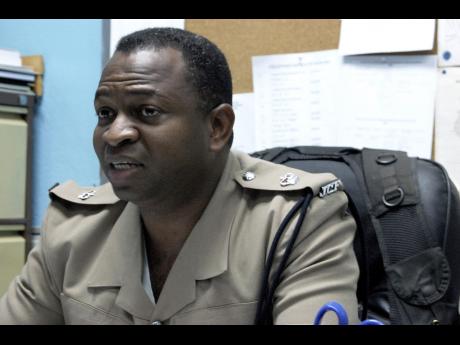 Highly volatile and a hotbed for criminal activity, Police Area Four - which includes the Kingston West Division, where an estimated 23 known gangs are said to be operating - remains a serious challenge for the police, according to Senior Superintendent of Police Terrence Bent.

His assessment came hours after gunmen shot and injured a constable during an operation by a team from the Mobile Reserve in the Golden Heights area of Denham Town on Thursday morning in which a bullet hit the ballistic helmet of a cop and fragments struck the constable in the region of his shoulder.

Bent said that the age-old practice by some residents to act as shields to known gunmen must be done away with if an end to the gun violence is to be achieved.

"I am taking the opportunity to appeal to members of the public: if you continue to shield these people, you are going to find that the guns are going to turn on you, either by those you protect or by others who know you are protecting them," he warned.

"In the case of our colleague that was injured most recently, it shows that the challenges are many and varied, but we resolve to remain in this fight to rid these communities of criminals and their gangs."

The police, Bent said, are urging residents to give up the gunmen to the State in order to put an end to the ongoing feud, which, he said, has taken the lives of many persons.

"We are certain that our work can be so much easier if the communities give us better support and help us bring lasting peace and security to their respective neighbourhoods by partnering with us," Bent said.

Bent also reasoned that the terrain within which the respective gangs operate makes it increasingly difficult for the police.

"The housing stock, the zinc fences, and the connectivity through which these gangsters can make strategic escapes or what we call 'trappys', plus they have superior knowledge of the surroundings, makes it extremely hard, but we will ultimately succeed," said Bent.