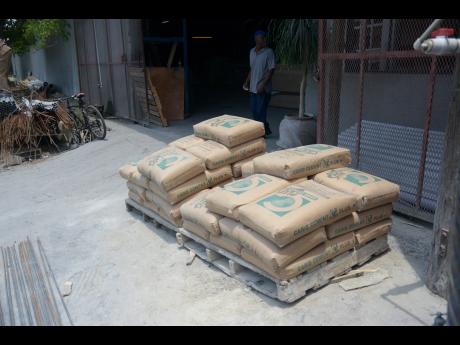 The Caribbean Cement Company is reporting that it has been able to pack and distribute more than one million bags of cement promised to the market.

A Sunday Gleaner article, which was published in April, highlighted that there was a shortage of cement across the island. Hardware merchants and dealers told the newspaper that they had been unable to meet demand because of a lack of supply from Carib Cement.

In a release yesterday, however, the cement company reported that there has been a 22 per cent increase in the average packing rate prior to the upgrade. In addition, they have accomplished an improved packing performance exceeding 60k bags on May 3 (a production rate not achieved in six months).

"Cement exports remain suspended to focus all resources and efforts on meeting and prioritising the [needs of the] local market. No increase was made in the price of our product," the release stated.

"We at Carib Cement would like to take this opportunity to publicly express our gratitude to all employees and their families for the effort and commitment that every person brings to their job. We know that our success is a team effort, and that's what will continue to define our future collective success. We would also like to reiterate our commitment to the local market's health and development and remain proud of our role in building a greater Jamaica."