Money from the mines! - Copper $$$ allowing ‘everybody to eat a food’ 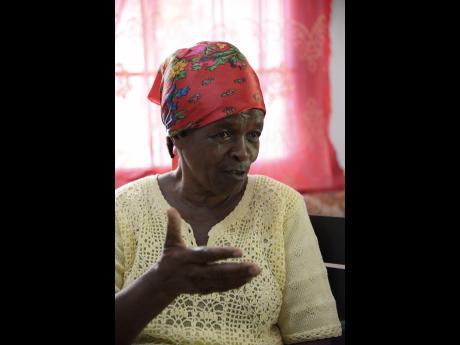 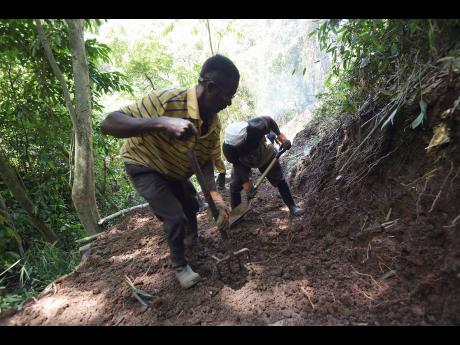 Ian Allen
Men working in Provost, Clarendon, to clear a pathway to the next drilling site where mining company Carube Copper Corp will be doing exploratory work. 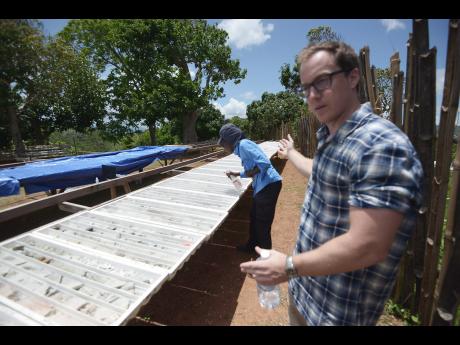 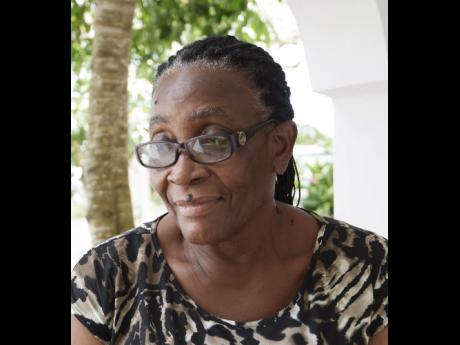 It could be another 15 years before Carube Copper Corp begins mining in Jamaica, but residents in several communities around the exploration sites are already seeing benefits from the Canadian company's presence.

More than 600 persons have been employed on a on-and-off basis over a five-year period, with an employment cycle typically lasting for three weeks with workers earning between $2,500 (eight hours) and $3,500 (11 hours) per day.

Carube, which is a junior mining company, has seven special exclusive prospective licences to explore for copper and gold across the island.

Bellas Gate, St Catherine, is, however, the most advanced exploration and the one believed to have the most potential. This is now the site of focus with Carube having reclaimed Oz Minerals' 70 per cent interest in their joint venture last year.

Oz Minerals was brought in by Carube to handle the prospecting stage, which saw the company invest US$14 million.

Egbert Blake, who worked previously with Oz Minerals before its holdings on the island were acquired by Carube, outlined some of the task the crew he supervises undertakes.

"We clear the path to the drilling sites and make walkways so the drill and other equipment can be easily carried to and fro each day," said Blake.

"It has been really good having these guys (Carube) here, because money is really needed in the area as we don't have a lot of jobs, so this thing is good for everyone," added Blake.

Adrian Wright, a farmer from Conners in St Catherine, has been working on and off the project for the past three years and is now an assistant drill operator.

"I am really happy about it, because I get a chance to learn a new skill," Wright told The Sunday Gleaner.

"Everybody grateful because they can eat a food and there is a chance for employment."

But it is not only persons directly employed by the company who are benefiting, those offering goods and services are also seeing bright days.

Retired teacher, Estelene Oliver, is among nine persons who are provided with the material by Carube to make core bags which are used to transport the extracted pieces of rocks for shipping.

"When they (Carube) just started, they had a meeting and I registered with them as a person who is able to sew, so I got the material and I made the bags," said Oliver.

For small farmer, Icerene Beason, business has been so good since the company set up operations in the area to the point where her family no longer sends their produce to the market.

"I have no reason to send things to the market anymore, as they buy yam, ripe banana, pineapple, and red apples," said Beason.

Exploration manager at Carube, Shannon Baird, who is one of three foreign nationals working on the project, told our news team, during a tour of the Provost, Clarendon, drill site last week, that the prospect is good and success will mean even greater benefits for the communities.

"The better results you have coming in from your drilling and exploration, the more money investors will want to put into the company which means the more money we will have to put into things like getting more drills and the more persons will be employed at any given time," said Baird.

"From this point, it can still be 15 years before you open a mine and it all depends on the success you have with your initial drilling."

"It is a very small amount, but it adds up when there is large tonnage," said Baird.

"The demand for copper is expected to go up, so the price should increase in the future, which will mean we don't need as high of a grade copper to be able to mine the same amount for the same economic benefit," added Baird.